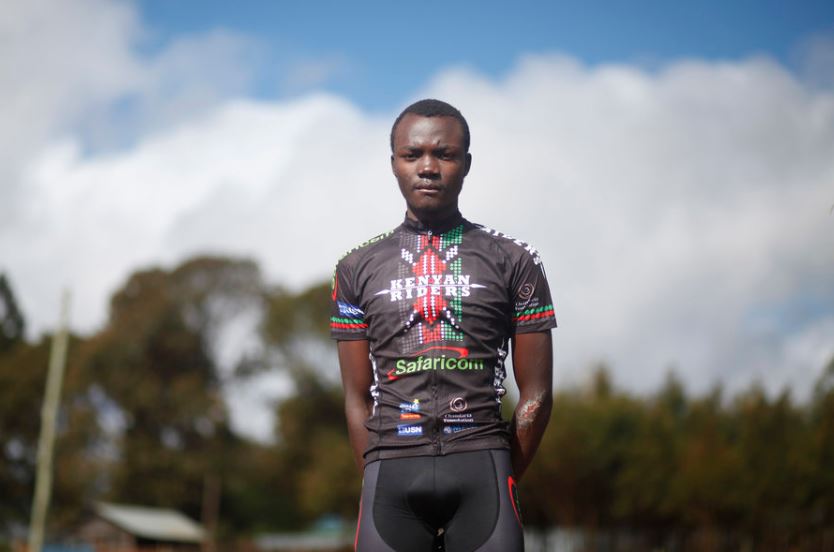 John Kariuki is a top professional cyclist in Kenya and rides for Team AMANI, a professional sports team. He is based in Kaptagat in Uasin Gishu County and shared his story with myNetwork.

Tell us about your journey…

I started cycling in 2016 in Nakuru but took the sport seriously one year later. I was recruited to Kenyan Riders team by Simon Kitoti during a talent search in Nakuru, after which I moved to Iten. Simon had a road bike and I liked it because of its slim tyres. It looked so much better than my mountain bike.

What challenges did you face and how did you overcome them?

There are many challenges in cycling. Resources are always an issue, especially because getting a bike for racing is expensive. Thankfully, I was relieved of this burden when I joined Kenyan Riders team in 2017. They provided a lot of support including a good bike, racing kit and helmet. Adapting to cycling exercises was also a challenge at first but eventually, I got used to them.

I have travelled around the world because of this sport. I have met new people and made friends, and sometimes I get paid for it. Besides Kenyan Riders team which is a road racing team, I have also been contracted by Amani Racing Team which specialises in gravel racing.

You are based in the same camp as world marathon record holder Eliud Kipchoge. How has he inspired your career?

It’s not just Kipchoge who is here but a host of stars including Geoffrey Kamworor and Faith Kipyegon. This atmosphere alone boosts my morale. It is an environment of success and it reshapes your mindset. You even get to talk to visitors who come here to see our stars. I have talked with Kipchoge countless times. He always emphasises discipline, which is not only important in sport alone but also in life.

Apart from cycling, what else do you do?

Since the start of 2022 I have been in cycling full-time because I now have a contract. Previously, I did cycling and also sold bicycle spare parts. I would take the spares to wherever the customer wanted.

Covid-19 impacted many sports people, how did it affect you?

I remember we were supposed to fly out towards the end of 2019 for a cycling competition but it was canceled. When the government halted all sporting activities things were tough because we couldn’t take part in competitions and we also couldn’t train so we lost a bit of fitness, which was not easy to get back.

Kenyan cycling legend Sule Kangangi died this year during a race. How did this affect you?

Sule’s death affected everybody, especially Team Amani where he was our captain. Sule had a wealth of experience and knowledge in cycling which he would freely share with us. He was a role model and we will definitely miss him and his advice, especially the young upcoming cyclists from East Africa. 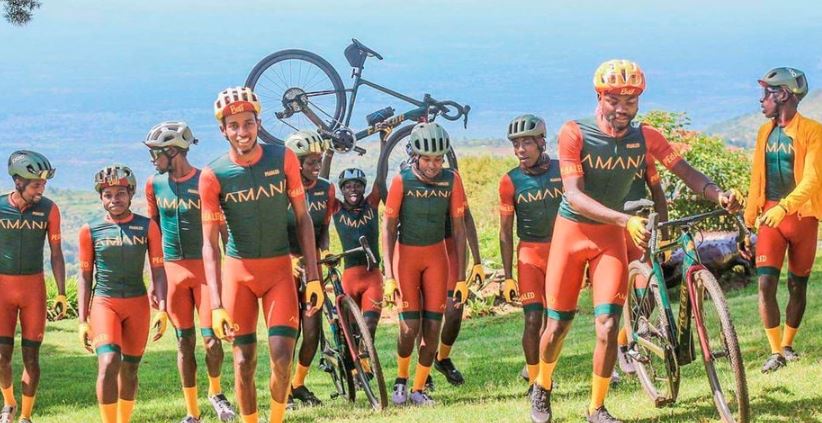 What is your assessment of cycling in Kenya?

I think the sport is growing. Previously, we did not even know whether there was a cycling federation. But now we have officials showing up during cycling events, which is a good change.

Doping is currently one of the most talked about topics in Kenyan sport. What do you think about it?

We are a powerhouse in athletics, so any doping case really taints our image. I don’t know why some athletes dope. We already have natural talent and we are known all over the world for our abilities. My advice to our athletes is to be natural and avoid doping.

How do you describe your performances in 2022?

It has been a mixed bag for me. I had positive results during the Migration Gravel Race (MGR) in Maasai Mara in Narok County in June and the Vermont Overland gravel race in the USA both of which I won. The downside definitely has to be Sule’s death. I won the Vermont Overland gravel race but we couldn’t celebrate because Sule died in the same race.

My vision, God willing, is to raise two or three cyclists who will be athletics stars. I also dream of having my own cycling team, managing it and taking racers to international competitions. I am building my brand. Hopefully, I will get support from sponsors.

What are your highest and lowest moments in cycling?

Winning the Migration Gravel Race 2022 has to be my best moment, especially after I missed out on the trophy last year. Lifting the Vermont title was a bonus. Last year, we were not able to secure visas to travel to the US, so getting them this time round was very exciting. The lowest moment in my career was losing my teammate, captain and partner, Sule.

What advice would you give to upcoming cyclists?

Cycling is tough. It is like raising a baby. You don’t start today and expect to get good results immediately. You must have a passion for the sport, patience and be ready to face the challenges. It took me about four years to start seeing the fruits. I just signed my professional contract early this year.