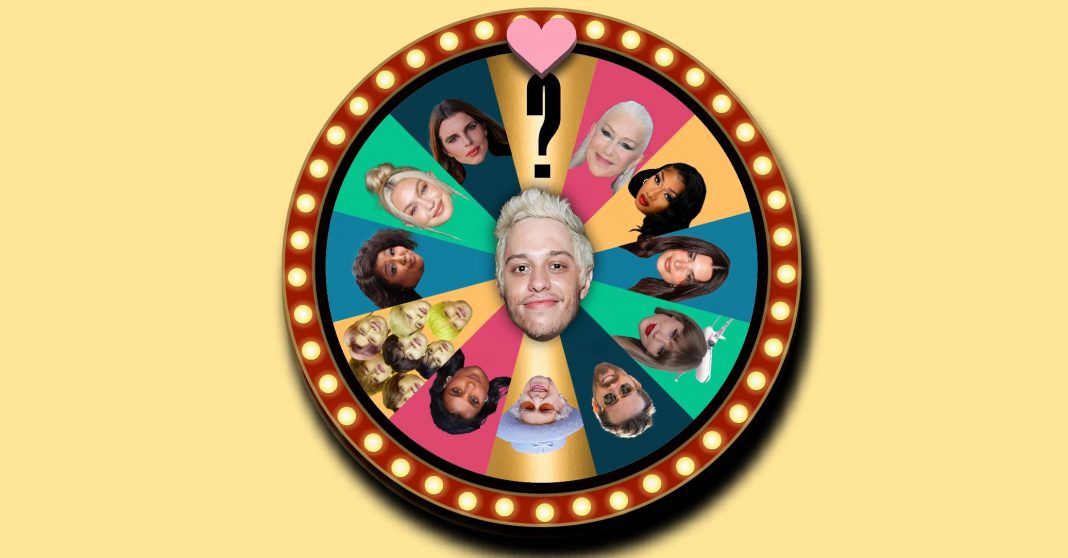 Are you surprised that we’re here again, talking about another Pete Davidson breakup? (No one is more repulsed than me that I’m writing about this comedian’s dating life for a third time. First, there was Ariana Grande in 2018, and then, of course, there was Kim Kardashian in 2021.) Alas, as hot girl summer shrinks like an erection crumpling into itself after an unsatisfyingly brief sexual escapade, Pete and Kim are no more. After nine glorious months of stressing me out, they broke up, citing impossible schedules. I get it. I’m busy too. Last week, I had to go to the post office.

BuzzFeed News’ new and demonstrably power-hungry editor-in-chief — she made me write this and I am appropriately afraid of white women in power — thinks Helen Mirren is the natural fit for Pete’s next venture. And certainly that would be an absolute gas. Obviously, I would love to think about the Queen of England porking it hard with discount Benji Madden. But it almost seems predictable. Another older white woman to bolster Davidson’s already gleaming reputation as a young man who understands what a real woman wants? Boring. Thank you, next.

There are plenty of slinky brunettes (who seem to be his type) looking for revenge or fame or name recognition or, allegedly, a big ol’ dick. There’s Julia Fox, Ye’s ex-girlfriend and noted eyeliner pioneer, who might appreciate Davidson’s grounding energy and the ouroboros of going out with her ex-boyfriend’s ex-wife’s ex-boyfriend. Meanwhile, Emily Ratajkowski is seemingly recently single and, allegedly, sad about being cheated on. I could see her shoving it in her ex’s face that she’s going out with the bratty kid from Charlie and the Chocolate Factory who has to get ironed out at the end of the book and ends up being 10 feet tall. Or what about Miley Cyrus, who was flirting pretty hard with Davidson on The Tonight Show in December? It could work, but upon further reflection, perhaps that’s too much chaos and ink and bleached hair for a coupling to last more than a few hours. In every relationship, one person gets to be awash in complete anarchy and the other person has to know what a Roth IRA is. (I do not know what a Roth IRA is.)

It’s just that none of these suggestions feel quite right. Just about every celebrity Davidson could be seen with before the end of the year feels too on the nose, too possible, too tedious.

Look, I could continue to wax poetic about all the people Davidson should go out with, but the answer is right in front of me. It’s me. It’s obviously me. I’m perfect. I have everything, and yet nothing at all. Davidson’s routine of dating leggy white women is fine, but it’s mundane and predictable. Why not throw in a swarthy ethnic who routinely looks at a new pubic hair she’s grown and says, “Well, how did you get all the way up here?” Doesn’t he want to finally go out with a woman whose upper arms were once described as “formidable and upsetting” by her own father? Much like Kardashian, I traverse the rocky terrain of modern divorce, and I too could benefit from some time with Davidson. Maybe hanging out with an erotic Slender Man would give me a little more power in my own breakup.

It would be a big shift for me too. The men I date are generally shaped like Lego bricks stacked on top of one another, little square heads full of NFL facts and information about their own deltoids. None of them are even 1% famous — nary a Wikipedia entry in sight.

Davidson would be a departure, a pick out of left field. We could smoke weed and watch Half Baked and eat Abba-Zaba. We could slouch around lower Manhattan in $240 white T-shirts looking like we share a secret. (The secret is boinking!!!) And frankly, he needs me. At this point, his dating history reads like a Keira Knightley lookalike contest: Cazzie David, Kate Beckinsale, Margaret Qualley, Kaia Gerber, Phoebe Dynevor. Put all these gals in some Pride and Prejudice empire dresses and tuck their hair into charming chignons and they’re all the same!

Davidson has spent the last nine months with a Kardashian, someone who has cherry-picked the physical characteristics of women of color around the world. Why not get it from the source, Pete??

I’m 5’5”, 175 pounds of pure bile, and mean as shit. I have an atrocious astrology chart and I am terrible at parties. Unlike these women with swanlike necks and publicly gentle dispositions, I am certifiably unzipped. Just look at…literally everything I’ve written here. No one would see it coming, and everyone would talk about it. Who is this absolute nobody who Pete Davidson has plucked out of obscurity and taken to Catch, where she was heard loudly complaining about chicken fingers not being on the menu? I heard Scaachi and Pete were in the bathroom for 45 minutes because they were making out and NOT because she clogged the toilet and was crying about it happening “again.” THE TMZ HEADLINES WRITE THEMSELVES, PETER.

I’m not being totally selfless with this plan, I have to admit. Over Labor Day weekend, I am going back to my hometown after almost a year away to attend the wedding of a high school friend. I love her and am happy to watch her commit the rest of her life to the guy who used to play bass in the school band in 2007. But the wedding is also an inadvertent high school reunion.

You know what would soften the blow of showing up as a 31-year-old divorcé to a party full of people I haven’t seen since I was 17? Showing up on the arm of a guy who still has a bunch of tattoos of his ex-girlfriends. Maybe he could add one for me. He could get, like, an overflowing tiffin on his lower back. Or perhaps his forearm could bear several misspellings of my first name: Sachi, Scarchi, Sanchi, Scootchy. I’m not looking to fall in love again right now, and I’m not looking for a big commitment, but I am looking for someone to be obsessed with me for 10 to 15 weeks before a calm, surprisingly amicable breakup. Has Pete Davidson done any charity work lately? He can start with me. ●