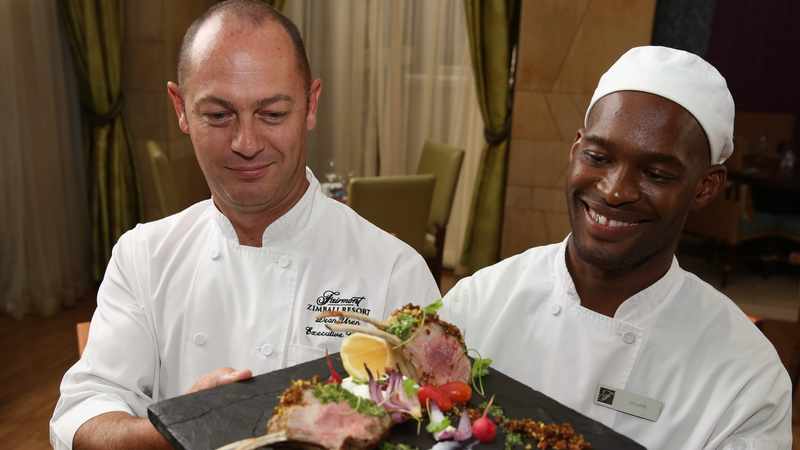 For many people whose hearts and minds are often controlled by their stomachs, a truly amazing meal can turn even their worst days into a pleasurable ones.

Food is strongly connected with our senses and forms an integral part of our identity as we grow up. An aroma, a bite, or a sip may summon lovely memories and take us to another time and place.

African cuisine and chefs are finally receiving the recognition they deserve now more than ever. Are you still in the dark?

The following is a list of five young African chefs making waves in the culinary industry.

Mmabatho went on to open her restaurant Emazuluweni at Maker’s Landing, a fine-dining restaurant that honours Zulu cuisine. Mmabatho has been a guest judge on MasterChef South Africa, collaborated with Studio H for Decorex Africa, and received the Newcomer prize at the Food XX awards, while Emazuluwini is gaining more media attention than ever for its fine-dining approach to Zulu cuisine.

Follow her and the restaurant @emazulwini_restaurant and @mmab_atho to find out more.

She’s written a recipe book called “Life on a Salad” and started a business called Food is Life. This young cook is only getting her feet wet.

Chef Aya, popularly known as The Cook Dude, has positioned himself very well in the culinary world.

When he worked as a Sous Chef at the Deck House in Cape Town, the youngster became a household name and was named Best Sea Food by Eat Out in 2016.

He’s now embarked on a solo career as a private chef, catering for celebrities across the country.

He has cooked on the Expresso breakfast show and continues to push the envelope with his talent.

The journey of Vusumzi Ndlovu covers two countries: Zimbabwe, where he was born, and South Africa, where he grew up.

Vusumzi Ndlovu, known as Chef Vusi, takes delight in being an outcast or pariah, always challenging the status quo and utilising his passion for the culinary arts to uplift himself, his cultural roots and his community.

Besides winning competitions, Ndlovu wants to leave a culinary legacy.

Chef Marcus came to popularity during the national lockdown in South Africa, where he became a favourite chef thanks to his “easy to make at home meals” videos.

He partnered with a number of companies in order to show off the versatility of his products as well as his abilities.

Chef Marcus has a strong PR and marketing background, which he has used to his advantage. He has been featured in a number of publications and tv shows like the eTV Morning Show.