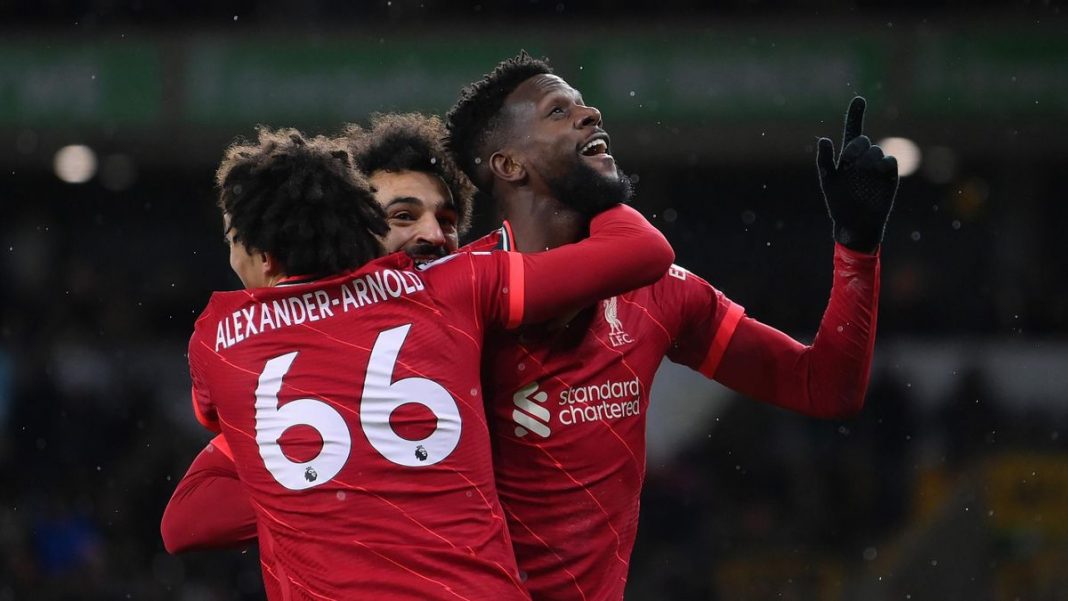 Liverpool left it late to claim a valuable 1-0 win over Wolves through a 90th minute Divock Origi goal.

With Chelsea dropping points to London rivals West Ham earlier in the day, Jurgen Klopp knew that a win today would take his side to the top of the league.

But for all the importance of the three points on offer, it was Wolves that had the measure of the visitors in the first half with tough combative midfield work which made sure that any player in a red shirt was limited to scraps in the final third.

The best chance of the first half came to Mohamed Salah, who was picked out by a low Andy Robinson cross, but just before the Egyptian could tuck it away from six yards out, Romain Saïss slid in to steal the ball off the forward’s foot.

The second half started quickly with both sides failing to convert a number of clear chances, with the biggest miss of the game coming from Diogo Jota who rounded José Sá and then continued to make his way into the box to finish the chance, but his shot from point-blank range was blocked on the line by Conor Coady.

But just as the game looked like it was going to end goalless, Divock Origi stepped up to tuck the ball home from inside the box to break the hearts of the Wolves fans who felt like their side had earned a point.

Next up for Wolves is a daunting away fixture with Manchester City, whilst Liverpool make the trip to Milan in their final Champions League group stage match before they welcome Steve Gerrard’s Aston Villa to Anfield.