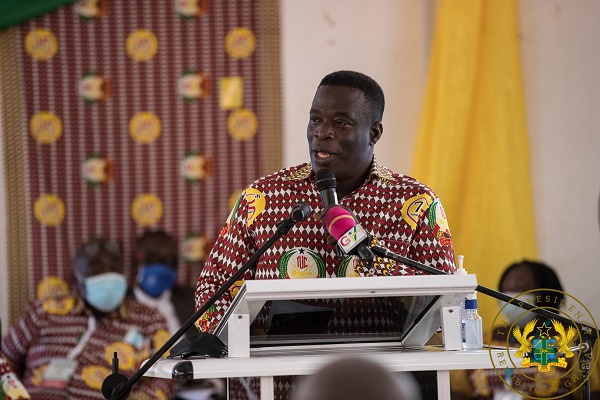 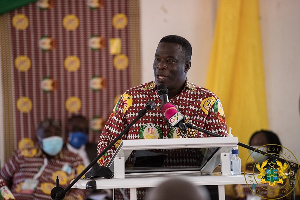 The Minister of Employment and Labour Relations, Mr Ignatius Baffour-Awuah, has urged workers in the informal sector to join a pension scheme to ensure income security for themselves in their old age.

According to the minister, many people in the informal sector were not included in any form of the pension scheme, adding that the situation was worrying considering Ghana’s aging review and the fact that more and more people found themselves in financial difficulties when old.

“Statistics have revealed we have about 85 percent of the working populace in the informal sector and currently we have only three percent of them on a pension scheme which is not the best and hence there was the need for more of them to be on pension to provide income security for them in their old age,” he said.

The launch was meant to sensitize the citizenry on Pension schemes and to provide a platform to engage stakeholders on the development of pensions to strengthen a nationwide awareness of pension.

The launch, with the theme: “Total participation in pensions to ensure retirement income security” brought several associations including that of market women and hairdressers, among others, together to participate.

Mr Awuah stated that to secure the income of workers in retirement, especially those in the informal sector, the government has tasked the National Pension Regulatory Authority (NPRA) to bring about initiatives that would help workers, both in the formal and informal sector to secure their income for the purpose of retirement.

For his part, the Chief Executive Officer of the NPRA, Mr Hayford Atta Krufi said his outfit has over the years worked hard to drum home the pension agenda through media engagements, pension clinics and advertisements, among others.

He said despite the enormous efforts to whip up the interest, many especially those in the informal sector were not registered on the scheme.

Mr Krufi revealed his outfit has earmarked a comprehensive marketing strategy to help improve the situation, adding the launch would help to create awareness and educate the entire nation.

The Eastern Regional Minister, Mr Seth Acheampong tasked the NPRA to create make-shift centres in marketplaces closer to market women and many alike in the informal sector since there was a potential that many business operators may not have the time to abandon their business to go to offices to pay their contributions.

He hoped that administrative structures including compulsory monthly payments, penalties in respect of late payments and court actions against defaulters would be closely examined and reformed to make the scheme attractive to the large informal sector workers.

Mr Acheampong added that bringing on board the informal sector would boost the revenue base for the pension scheme.

In a speech read on his behalf, the Finance Minister, Mr Ken Ofori-Atta said the theme for the launch was appropriate considering the kind of economic situation the country found itself and stressed the need for stakeholders to collectively reflect and work together for the development of a robust system capable of delivering income security for the people.

He stated it was the duty of all stakeholders to sensitize the citizenry on all matters relating to pension for the growth of the industry and for ensuring pension income security for all.