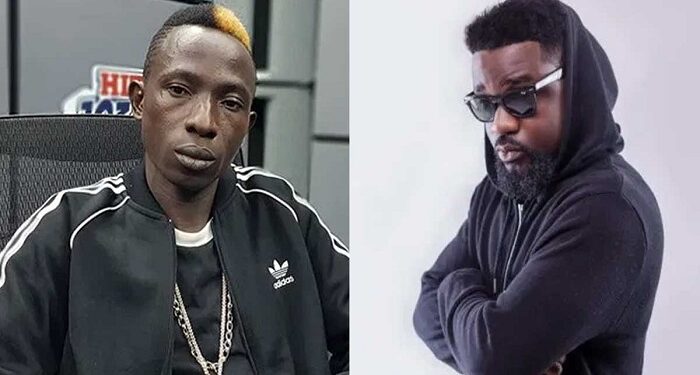 Ghanaian musician, Justice Amoah who is widely known in showbiz as Patapaa has revealed that he has no plans of apologizing to Sarkodie .

It could be recalled that Patapaa was heard in a recent submission using some unpleasant words on Sarkodie and his wife, Tracy.

Patapaa’s rants came after Sarkodie said something he (Patapaa) didn’t like in one of his songs some time ago.

READ ALSO: ‘The Mockery From My Fellow Musicians Made Me Lose Ambassadorial Deals’ – Patapaa

Revisiting the incident in an interview with the Ghana News Agency, he was asked if he will apologize to Sarkodie, Patapaa answered in the negative.

READ ALSO: ‘Please Vote For Me Wai’ – Serwaa Amihere Begs Ghanaians As She Aims To Win To Award

In his submission, he said;

“People have said all kinds of things against me following my comments on Sarkodie but they fail to recognize the damage he has caused my brand. I have lost ambassadorial deals due to some of the wordplays in his songs and for me, that is unfair.

My family and friends also feel aggrieved with some unpleasant words used on me and sometimes I feel the music industry is unfair to me.

I am not going to apologize to Sarkodie until he renders an unqualified apology to him.”