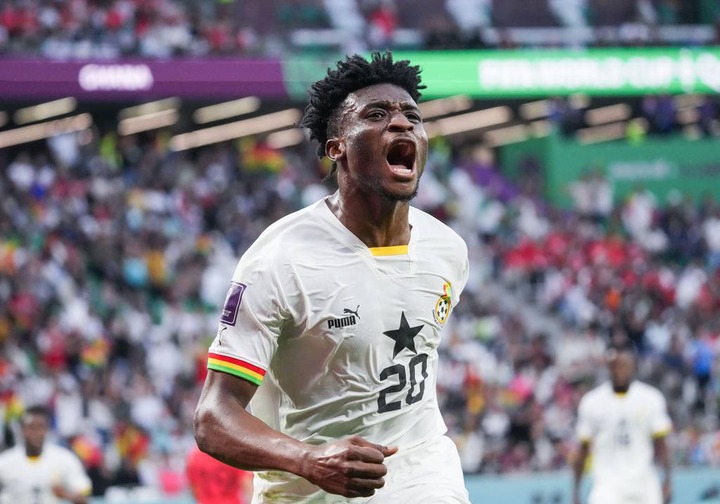 Ghana got their first win of the 2022 World Cup as they survived a Korean comeback and late barrage to come through a tight affair 3-2 victors, and leave them still in with a shout of qualifying for the last 16. South Korea dominated the early minutes of the encounter, racking up an astonishing seven corners in the opening 20 minutes as Ghana looked all at sea following their massive effort against Portugal.

Ghana gave their 2022 World Cup campaign a huge boost as they saw off South Korea with a dramatic 3-2 victory at Education City Stadium in Qatar. Mohammed Kudus was the hero with two goals, with Mohammed Salisu also on the scoresheet for the inspired Black Stars. Heung-min Son failed to have a major impact for South Korea, although Gue-Sung Cho’s brace of headers just after half time helped Paulo Bento’s side battle back from 2-0 down to draw level at 2-2. But Kudus had the final say with an assured left-footed finish, to give Ghana a vital three points and condemn South Korea to bottom of the group. 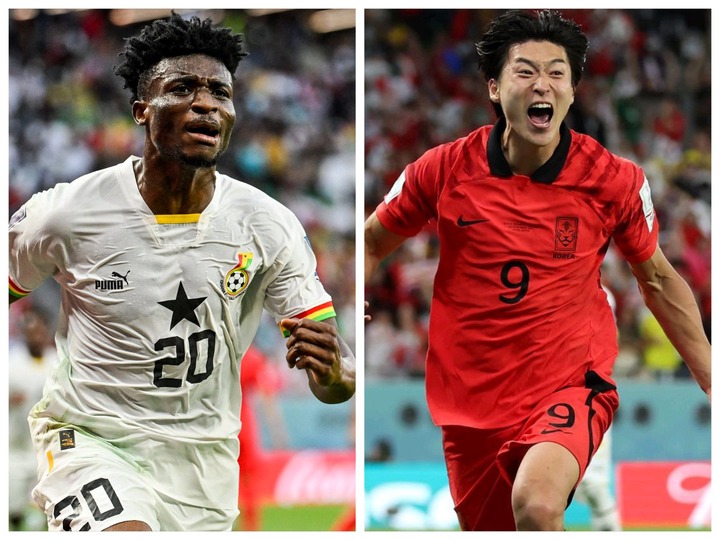 However, this is how the Group H table looks after the match: 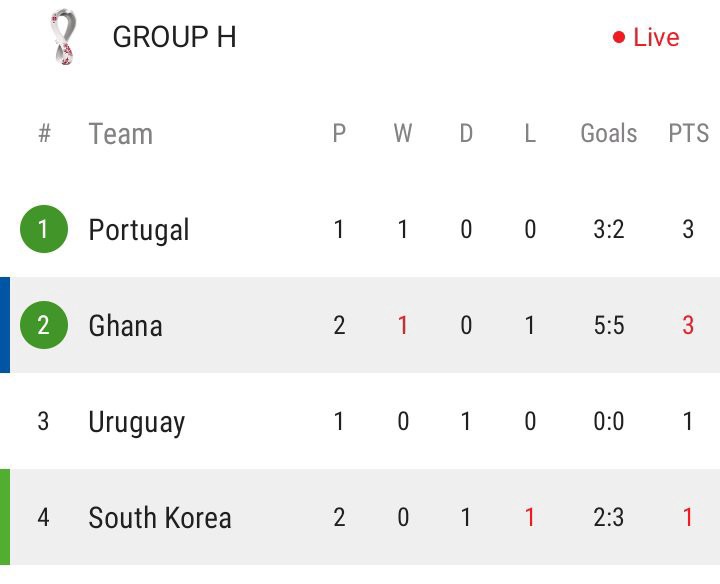 This means that Ghana still has a chance to finish as leaders of the Group if Portugal fails to win their games against Uruguay and South Korea while Ghana beats their final group stage match against Uruguay.

Content created and supplied by: RSport (via Opera
News )