BBNaija: ‘Loving each other only crime we committed,’ Bella, Sheggz give reasons housemates don’t like them [Video] 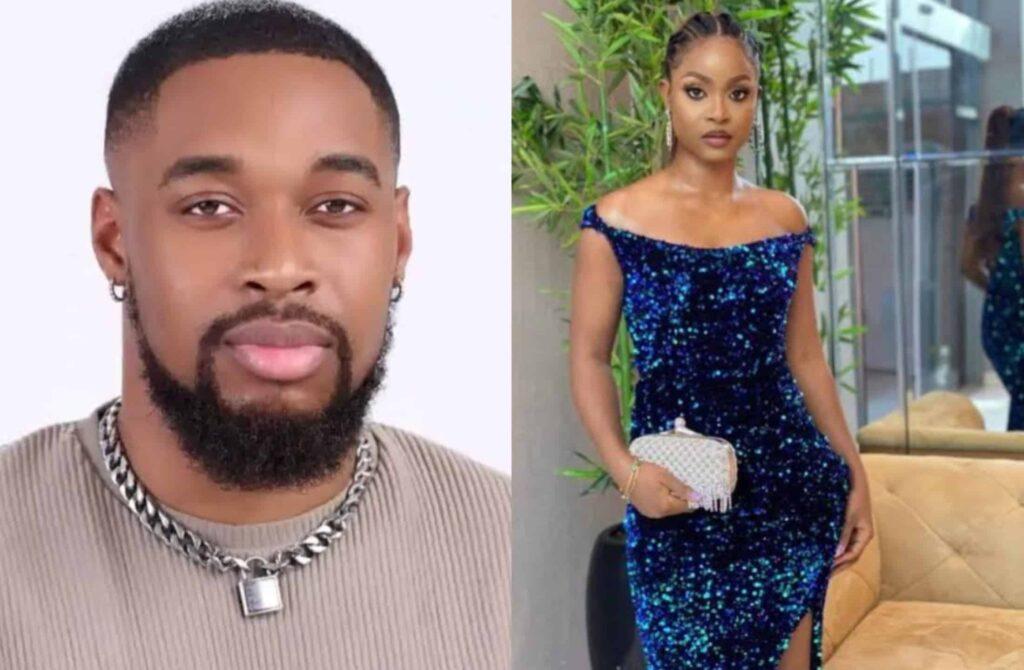 Big Brother Naija housemates, Bella and Sheggz have revealed why other housemates in the level 1 house do not like them.

According to the two love birds, the housemates do not like them because they love each other.

The fight escalated from a short exchange of words, and descended into yelling and a confrontation.

Sheggz called Adekunle ‘stupid,’ and he went on to say he didn’t think Adekunle was ‘intellectual’.

The word ‘stupid’ triggered Adekunle, and he had an intense outburst. According to him, he “was ready to fight” Sheggz even if it meant getting a Strike. As Adekunle inched towards Sheggz, the Level 1 Housemates stepped in and were able to separate the fight before it got physical.

Some #BBNaija fans think the fight was caused by Adekunle, who they believe loves to gossip about Sheggz, while others blamed Sheggz, who they claim talks too much.