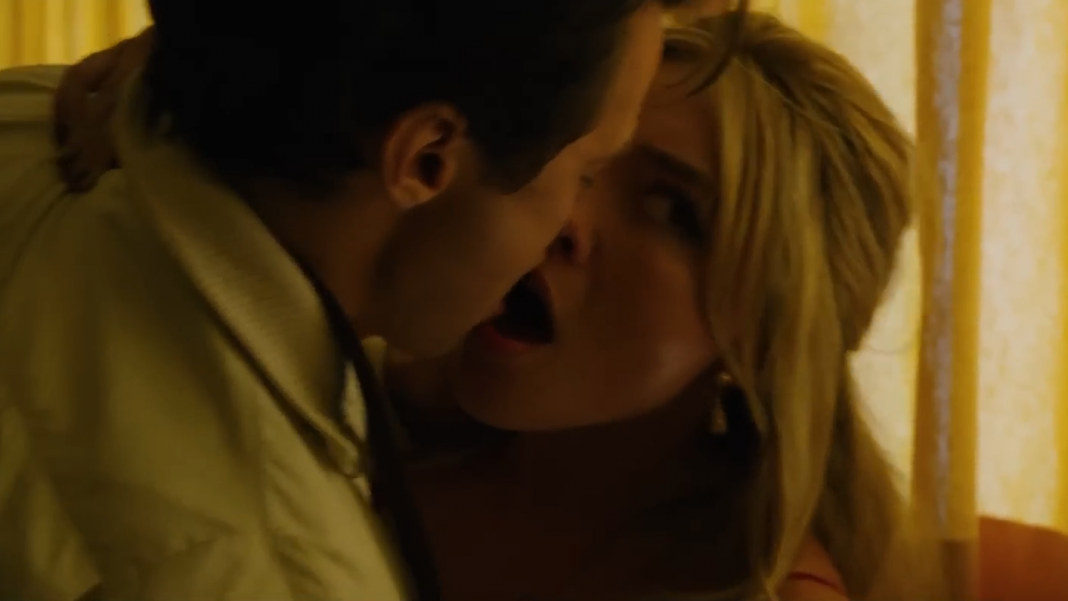 Florence Pugh is hot. She is obviously, famously gorgeous. She is also a phenomenal actress.

People have wanted to suck Harry Styles’ soul out through his … music … for a decade. But he is also an impressive actor.

Even so, a lot of viewers of the Don’t Worry Darling trailers have focused upon the sex scenes. Too many.

Florence is glad that the movie is getting attention. But she’d love if people paid more attention to, you know, the rest of it.

Don’t Worry Darling is an Olivia Wilde film in which a young married couple moves to a utopian corporate town.

Well … as utopian as a corporate town with these heavy 1950s vibes can be.

As she investigates the community’s dark secrets, it all unravels.

In her new interview with Harper’s Bazaar, Florence Pugh shared that she was initially slated for a smaller role.

Bunny is a supporting character. She is another wife in the neighborhood whose clothing and quips make her memorable.

“It was a different beast,” Florence characterized.

“I love playing a distressed woman,” she added.

While some of her characters have been more along the lines of badasses, this is very different from her role in the MCU.

And yes, the trailers absolutely show Harry Styles’ character going to town on his wife, like any decent spouse.

“When it’s reduced to your sex scenes,” Florence observed.

She continued “or to watch the most famous man in the world go down on someone, it’s not why we do it.”

“It’s not why I’m in this industry,” Florence explained.

“Obviously, the nature of hiring the most famous pop star in the world,” she acknowledged.

Florence noted that “you’re going to have conversations like that.”

“That’s just not what I’m going to be discussing,” Florence then affirmed.

She explained that this is “because [this movie is] bigger and better than that.”

Florence then strongly emphasized: “And the people who made it are bigger and better than that.”

In fact, she repeatedly affirmed the value of the hardworking people who poured their souls and experience into the project.

This film had begun before the pandemic began.

That was disruptive. Some people couldn’t come back to it. Others made sacrifices so that they could.

Interestingly, the role of Bunny — Alice’s neighbor and, judging from the trailer, possible ally — ended up with another familiar face.

This is Olivia Wilde’s film, but she also stepped into that supporting role after Florence took the lead.

Let’s face it — Florence Pugh is more famous now than she was three years ago. She makes sense as a headline star.