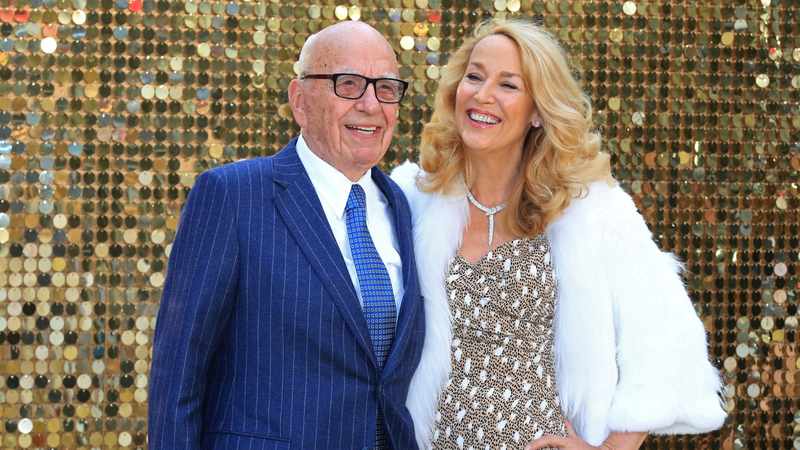 Jerry Hall has filed for divorce from Rupert Murdoch.

The 65-year-old model filed the paperwork to officially end her marriage to the 91-year-old media mogul in the Superior Court of California in L.A. County citing “irreconcilable differences”.

According to PEOPLE, Jerry is asking for spousal support and for her husband to pay her legal fees.

The documents added that Jerry does not want the court to award support to her estranged husband.

In her filing Jerry said that she is “unaware of the full nature and extent of all assets and debts, and will amend this Petition when the information has been ascertained”.

The pair tied the knot in a civil ceremony at Spencer House in London on March 4, 2016, before holding a wedding service at Fleet Street’s St. Brides Church the next day.

The media tycoon – who owns both The Times and The Sun in the UK – was first married to Patricia Booker, with whom he had Prudence, 64, before splitting from her in 1967.

He then married his second wife Anna Maria Torv later that year and the couple had Elisabeth, 53, Lachlan, 50 and James, 49 together but he went on to marry Wendi Deng in 1999, just days after his divorce from Anna.

Meanwhile, Jerry previously had a long-term relationship with rock legend Mick Jagger in the 1990s and has children Elizabeth, 38, James, 36, Georgia May, 30, and 24-year-old Gabriel with him but they parted ways in 1999 when she discovered that he had had an affair with Brazilian model Luciana Gimenez.

At the time of their wedding in 2016, Rupert claimed he was “the luckiest and happiest man in the world” and during his 90th birthday party in 2021, Jerry was said to have “doted on Mr. Murdoch during the festivities.”