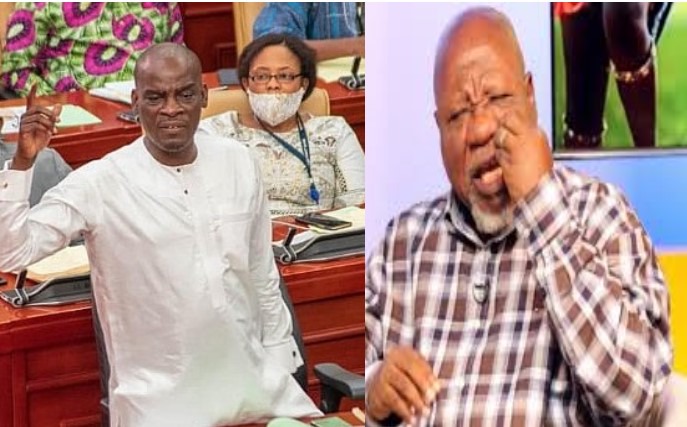 Former Central Regional Chairman of the opposition National Democratic Congress (NDC), Allotey Jacobs has criticized the Minority in Parliament for disrupting considerations for the approval of the 2022 Budget Statement and Economic Policy. He described as infantile and unjustified, the entrenched politically biased position the Minority has taken on the matter.

Mr Allottey Jacobs argued that the Minority would have been rebuked by the Founder, Jerry John Rawlings if he was to be alive today. He remarked that it is very disappointing the kind of nuisance that has erupted in parliament over the final consideration of the budget which is deemed a critical tool for the government in its operations for the coming year.

He cried that the Minority are acting as though they are oblivious of the dire consequences their actions could have on the nation. He emphasized that no political party stand to benefit from withholding the approval of the budget, adding that it is the ordinary Ghanaian who suffers most.

In his frustration at events unfolding in parliament, Mr Allotey Jacobs prayed the founder of the NDC should have been alive to penalize its parliamentarians for causing such a ‘needless political game’ with the 2022 budget. He indicated that it is obvious some actors are pulling the strings in Parliament so that the government will become unpopular.

“You can’t hold the destiny of this country. You can’t! People are flexing their muscles as if they are militants. If President Rawlings was to be alive, he would have whipped [rebuked] them long ago. Look at it, they are fighting their Minority Leader,” he told Kwame Sefa Kayi on Peace FM today.

Mr Allotey Jacobs added that the events that are unfolding in the Minority over this budget are indicative that the leadership in parliament have lost its bite. He argued that it is problematic that the Minority Leader, Haruna Iddrisu would succumb to the influences of his junior colleagues when he knows that their continued debate on the budget is retrogressive.

He stressed that the conflicting opinions as expressed on the matter of the E-levy and others related to the budget are testament to the failed leadership of the NDC today.

“The behaviour of the Minority in parliament is reflective of what is happening in the party. They have lost control to the small boys.”

I had six surgeries on my eyes but it did not work, I became blind completely – Lady reveals