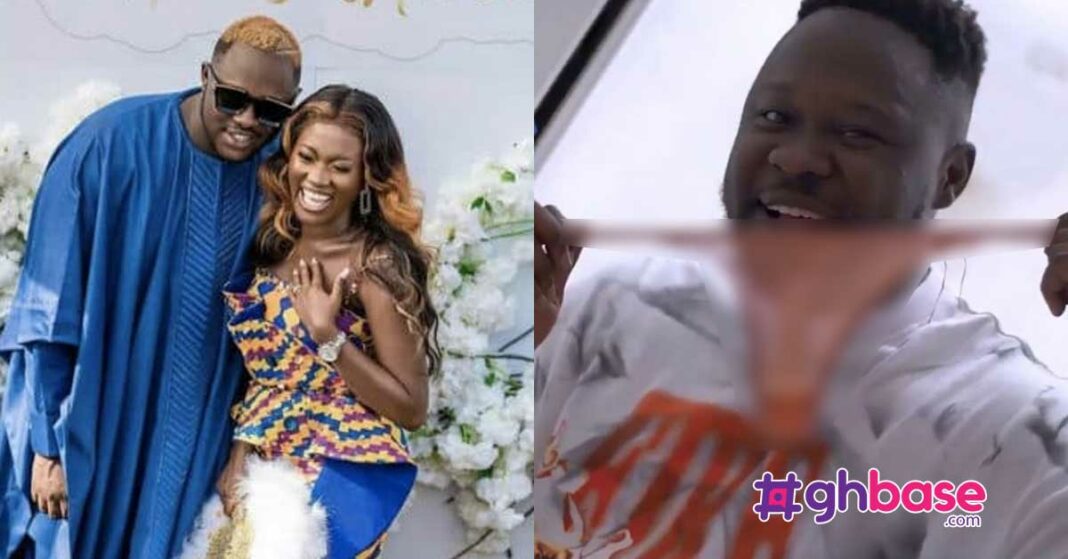 Ghanaian rapper, Medikal has taken to social media to show off the g-string of Fella Makafui after the two probably enjoyed each other in the bedroom.

It sometimes becomes fun and fans get to know the activities of celebrities when they post certain photos on social media but Medikal who probably was overjoyed after chewing Fella Makafui decided to broadcast to the world his achievement.

Medikal is fully aware of the length this can go to affect his brand, marriage but decided to do it regardless.

As it stands now, it remains unclear if whether he accidentally posted the picture on social media or he did it just to get likes or comments.

Although the photo can’t be seen on his social media handle, the picture has since gone viral.

SEE THE PHOTO BELOW;