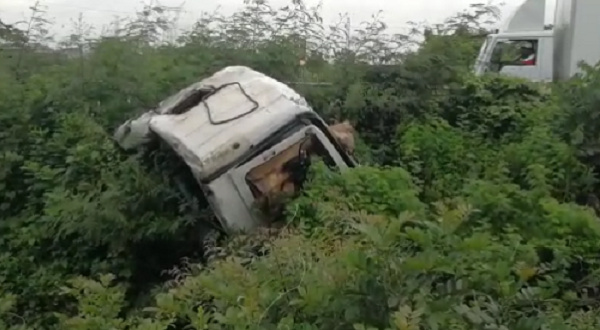 Nine other persons are receiving treatment at the hospital

Nine persons have been confirmed dead after they were involved in an accident that occurred on the Sawla-Wa road on Wednesday December 7.

Nine others were seriously injured.

The deceased have been transported to the Wa Government hospital morgue whereas the injured are also receiving treatment at the same hospital.

There were 45 onboard the bus from Accra but others alighted along the journey.

As at the time of the accident, only 18 were onboard.

The driver veered off the road trying to dodge potholes, leading to the accident, an eyewitness said.