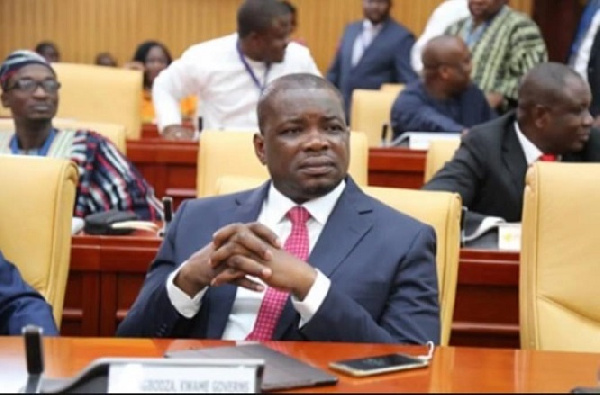 The Member of Parliament (MP) for Adaklu in the Volta Region, Governs Kwame Agbodza, says the strike embarked by the Coalition of Transport Operators Union was an avoidable mess.

Speaking to Lily Mohammed on Starr Midday News, the MP disclosed that the transport owners are aware of the monies the government has taken from taxes hence expect some positive actions.

According to him, the government has accrued close to five billion Ghana cedis from taxes and energy-related profits that the government could have used to reduce the taxes on petroleum in order to lessen the burden on private transport owners.

“I will encourage the entire country to lay this (strike) squarely at the doorsteps of the NPP government. This issue could have been resolved with the months of fruitless engagements. That the Ministry of Transport and the Ministry of Energy and Finance had been having with the leadership of the Private Transport Owners did not yield anything. Simply, because the drivers realized that it was just an attempt to buy time.

The Adaklu MP reiterated that the cost of fuel, spare parts, high cost of clearing goods at the ports among others makes things not profitable for the car owners.

Meanwhile, the Ghana Private Road and Transport Union (GPRTU) has directed its members to suspend the ongoing strike action and resume operations.

The directive comes after the leadership of the union was invited to a meeting with the President at the Jubilee House, Monday morning.

A statement by the union stated that “the Leadership of the Union has been invited to the Presidency during the course of the Day. Developments will be communicated to members.

We, therefore, entreat our cherished members to go back to their normal duties.”

A sit-down strike by commercial drivers across the country has left thousands of Ghanaians stranded at various bus terminals.

The nationwide strike is to protest the high cost of fuel prices in the country. Prices of fuel in the country have increased significantly over the past six months, with many complaining about the situation.

Currently, most oil marketing companies in Ghana sell fuel between GH¢6.60 per litre and GH¢6.90 per litre. There are seven taxes on fuel which amount to GH¢1.9 on each litre of fuel purchased.