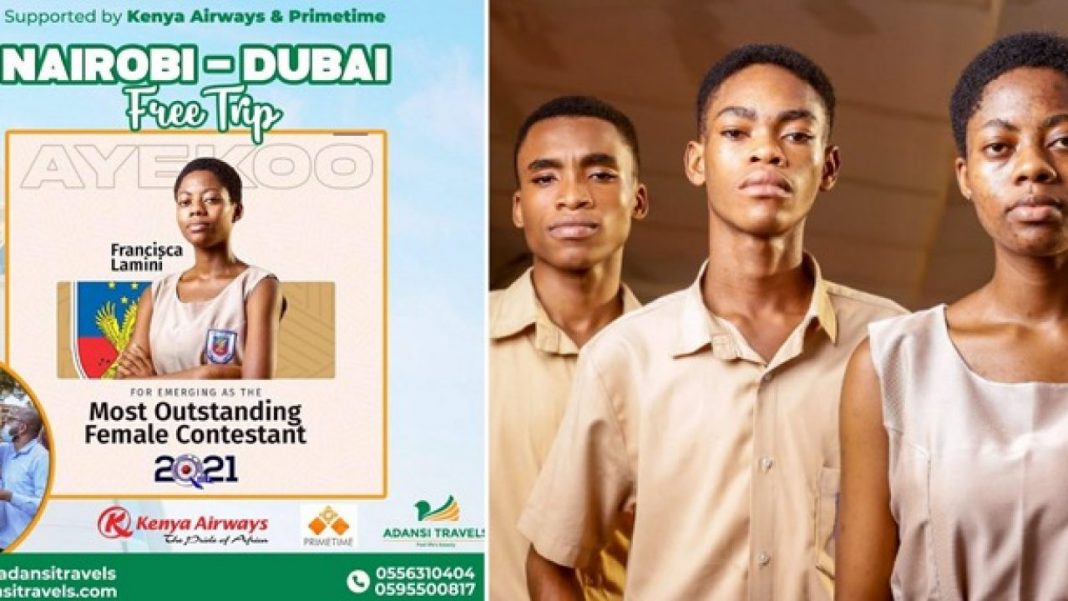 Former Deputy Communications Minister, Victoria Hammah, has punched holes in the decision of the female member of the Keta Senior High School’s team, Francisca Lamini, in forfeiting her trip to Dubai for the sake of her friends.

The trip is courtesy of both Adansi Travels and Kenya Airways and it is part of their efforts to support the brilliant lady in the 2021 NSMQ.

Speaking in an interview with TV3, Francisca Lamini who is elated about the forthcoming trip expressed concerns over how she will be lonely and sad in Dubai because her friends who she went into the competition will be absent.

Victoria Hammah considers that her decision was made out of ignorance. She also chastised those who praised Lamini’s “heroism,” claiming that they are unaware of the struggles of women’s emancipation.

Vicky Hammah took to her Facebook page to offer some input about the ongoing issue.

She wrote: “This is not heroism but attack against Gender Armative Action! This “brave” girl hasn’t yet understood the world.

“She is yet to recognize that her singular celebratory experiences from the competition results from centuries of activism towards women’s liberation and that the reward wasn’t only for her but for the collective struggles of all women.

“She is only proteering from the works and struggles of women and men before her who have and continue to ght for a gender balance society.

“It’s unfortunate that, she rejects this justifying armative action reward to her. And all those who applaud her for rejecting the reward extended to her, similarly also lack the historical understanding of women’s liberation struggles,” she posted on Facebook