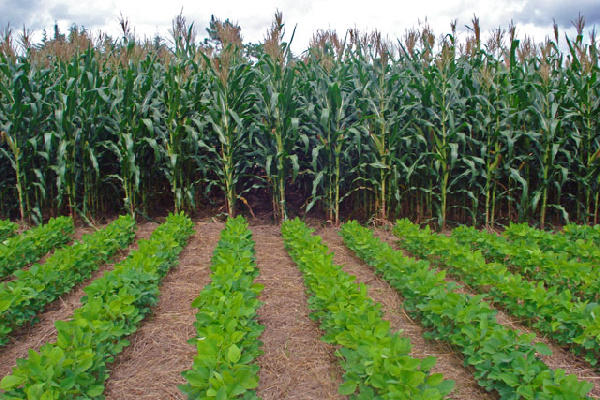 Ghana’s second-largest city, is fast losing its agrarian lands due to physical developments, Mr Samuel Pyne, the Mayor, has stated.

“Our major challenge as a metropolis continues to be the rapid loss of agrarian lands,” he observed, saying the situation had compelled the authorities to evolve innovative ways to advance urban farming.

The measures included the cultivation of vegetables and other crops in containers and backyards, the Mayor said.

Mr Pyne, addressing the 37th National Farmers’ Day celebration at Sokoban, explained that the novelty was to mitigate the effect of the loss of the cultivable land.

Currently, a substantial percentage of the agrarian landmass has been invaded by private estate developers, especially the wetlands.

This has come with its multiplier negative effects, not only on agricultural productivity but also resulting in persistent flooding due to the impediments on waterways.

On his recent visit to the metropolis, the Minister of Food and Agriculture, Dr. Akoto Owusu Afriyie, after inspecting some of the affected agrarian lands, assured that the government had resolved to change the narrative.

According to him, it was illegal for anyone to encroach on the buffer zones meant for agrarian purposes, stressing that urban agriculture had become critical to achieving food security due to population growth.

The government’s flagship agro initiative, ‘Planting for Food and Jobs (PJ)’, he said, could be affected without the availability of land to prosecute that noble agenda.

At this year’s celebration, Mr Andrews Amankwaah, a 62-year-old mixed farmer, was adjudged the 2021 Overall Best Farmer for Kumasi.

The winner, who has been engaged in farming for over 40 years, received as his prize, a tricycle, wax print, Latex foam mattress, Knapsack sprayer, 10 cutlasses, certificate, and five boxes of key soap.

This is to support him in his agricultural endeavours.

Mr Pyne lauded the farmers for their invaluable contributions to the growth of the agricultural sector, saying they should embrace good practices for increased productivity.