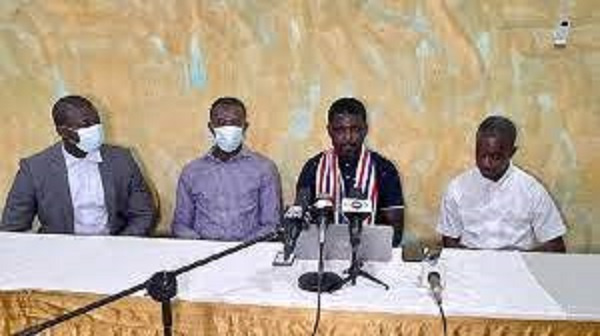 The Coalition of MMDCES (COMAS) has warned that they will resist any ‘Parliamentary coup’ attempt, spearheaded by the Speaker of Parliament, Alban Bagbin, to topple the Nana Addo Dankwa Akufo-Addo government.

The Coalition believed the circumstances surrounding the rejection of the 2022 budget on Friday, November 26, 2021, was geared towards making Ghana ungovernable, plugging the nation into a state of emergency.

Parliament on Friday, November 26, 2021, rejected the 2022 budget statement presented by the Finance Minister, Ken Ofori-Atta, after a walkout by the Majority from the Parliament.

This was in protest against their demand that the General Secretary of the opposition National Democratic Congress, Johnson Asiedu Nketia, who was sitting in the public gallery at the time, must also exit the House.

In a press release issued on Monday, November 29, signed by the President of COMAS, Obrempong Frimpong Emmanuel, and copied to Otec News, the group said it was also an attempt “ of casting a vote of no confidence in President Nana Akufo Addo”.

“The Coalition is of the view that everything that happened was a well-rehearsed mission intended to topple the government of the NPP. Ghanaians will recall that the Speaker of Parliament asserted a few days ago that he can remove the president (Nana Akufo Addo) from power! But Mr. Speaker, we can assure you, we will remove you first before you remove our president,” the statement warned.

The coalition could not fathom why the “Speaker called for a vote cast on the budget of the Executive when he (Alban Bagbin) provoked the walk out of the majority just to protect his confidant, Asiedu Nketia, the General Secretary of the NDC, in the first place.”

The coalition then called on all members and friends of the New Patriotic Party (NPP), to unite solidly at such a time to fight a common enemy.

“We are also calling on all groups that sympathize with the NPP to rise and speak to protect the government of the party in such a time like this. Nobody should take what happened in parliament for granted.

The future of our dear county, the feature of our children is indeed under attack. But we will rise, fight and defend our country as the constitution requires of us,” the statement concluded.