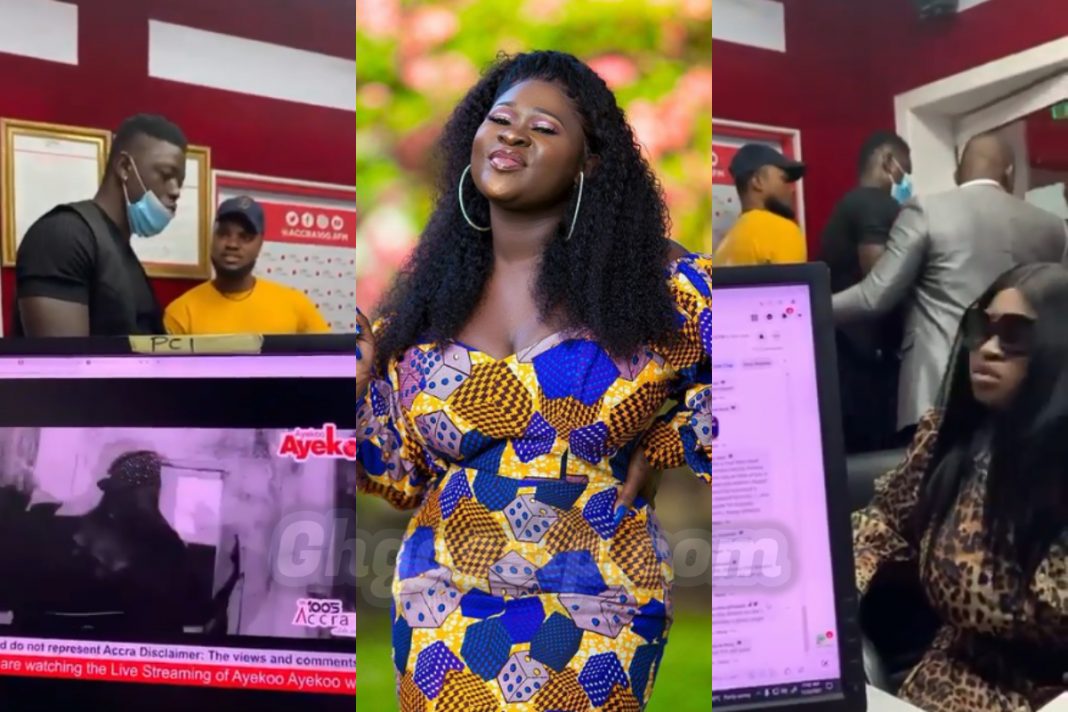 A video is currently making rounds on social media that captured the moment a Macho man who is yet-to-be-identified stormed Accra FM studios to demand his workmanship from Sista Afia during a live interview.

READ ALSO: “It Took Me 5 Years To Prepare My Debut Album”-Singer, Abiana Reveals

Per the unidentified man’s narative, he has worked as a bouncer for Sista Afia and her team but they have refused to honor their part of teh contract by paying him the money he requested for after taking the contract.

He claims that he has been chasing the singer and her management but all efforts proved futile, hence his reason to badge into the studio to demand his money.

However, Sista Afia claims she does not know the man neither does she have any recollection of the event in question but pleaded for him to go outside so they can address whatever issue he has with her after the interview.

According to the Recording Academy, Stonebwoy was nominated for his appearance as a featured artist on three albums published in the previous year that “included at least 51 percent playing time of new reggae recordings.” Etana’s “Pamoja,” Sean Paul’s “Live N Livin,” and Jesse Royal’s “Royal” all received nominations in the “Best Reggae Album” category.

In reaction to that, Abeiku Santana has hailed the dancehall maestro for indirectly bagging his first nominations at the prestigious award scheme.