Bawumia’s character is no different from Hushpuppi – Chief Biney » ™ 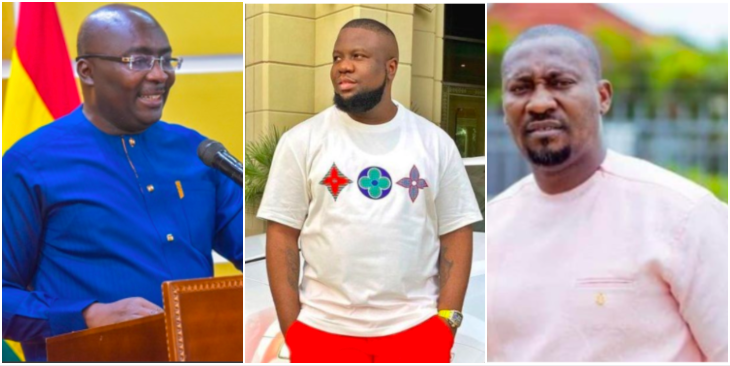 Chief Biney, the Deputy National Organizer of the National Democratic Congress has said that the character of Vice President Mahamudu Bawumia is a no different fom Hushpuppi who happens to be a notorious fraudster.

Chief Biney speaking on Adom TV about the misunderstanding around the NPP’s campaign promise to build a harbour in the Central Region, Chief Biney said just as Hushpapi used false pretense to defraud people across the world, Bawumia also engaged in a similar action to pull votes for the NPP in the 2020 elections.

“Dishonest President Nana Addo Dankwa Akufo-Addo and his deceptive vice president Dr. Mahamudu Bawumia have been exposed big time by the God of the Central Region.

“What is the difference between Bawumia and Hushpuppi. Hushpapi pretends and forges documents to defraud people, that’s what Bawumia did in the 2020 elections. Despite us (NDC) winning the majority of Parliamentary seats, the President won most of the constituency. He is the political Hushpuppi,” he said.

The issue of the construction of a harbour in the Central Region has become topical after President Nana Addo Dankwa Akufo-Addo revealed that he did not make any such promise.

Videos of the NPP’s rally in Cape Coast however captured Bawumia promising a harbour for Cape Coast.