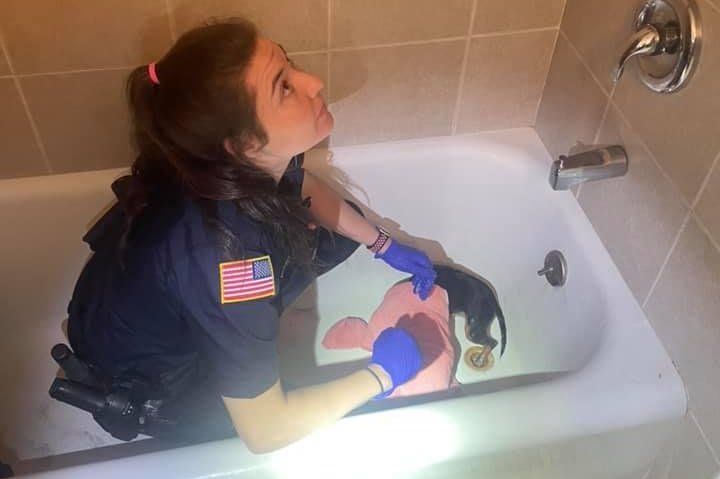 Oct. 20 (UPI) — Police and firefighters in New York came to the rescue of a puppy that became trapped in her family’s bathtub when her paw got stuck in the drain.

The Sleepy Hollow Police Department said in a Facebook post that officers responded to a local home where a 1-year-old Chihuahua named Daisy had gotten her paw stuck in a bathtub drain.

Police said Daisy’s paw had become swollen, causing her family to call for help rather than risk injuring the canine by pulling her paw free.

Firefighters contacted local business Donovan’s Plumbing and a plumber arrived on the scene to partially disassemble the drain.

Daisy, with the drain flange still attached to her paw, was taken to the Sleepy Hollow Animal Hospital, where veterinarians were then able to use wire cutters to free her paw.

Police said Daisy suffered only a swollen paw pad and is recovering at home.