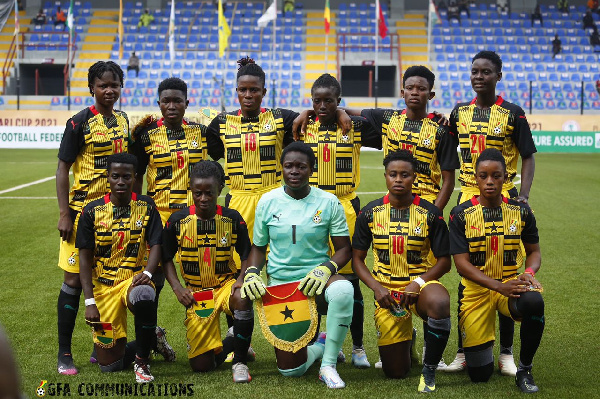 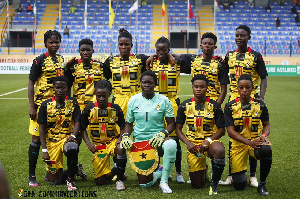 The Black Queens of Ghana

• Ghana lost by 2-0 to Nigeria in the AWCON Qualifiers

• The Black Queens will host the Falcons on Sunday in Accra

The Black Queens of Ghana lost by 2-0 to Nigeria’s Super Falcons at the Mobolaji Johnson Stadium in their 2022 African Women’s Cup of Nations qualifiers.

The Super Falcons struck first after 20 minutes when striker Uchenna Kanu headed a crossing into the net.

The Linkopings attacker doubled Nigeria’s lead five minutes later with another header to make it 2-0.

The Black Queens fought hard to get a consolation but were unsuccessful in their quest.

Princella Adobea and Grace Asantewa all missed their attempts at goal.

In the second half, the Falcons came close to scoring on several occasions but the Ghanaian players fought hard to defend their goalpost.

Coach Mercy Tagoe’s ladies will host the Super Falcons in a return leg on Sunday, October 24 at the Accra Sports Stadium.

Ghana will have to win by a 3-0 margin to earn a spot at next year’s AWCON which will be hosted in Morocco.

Nigeria’s Super Falcons won the last edition of the AWCON hosted by Ghana.

2 men fight over the paternity of 2-month-old baby