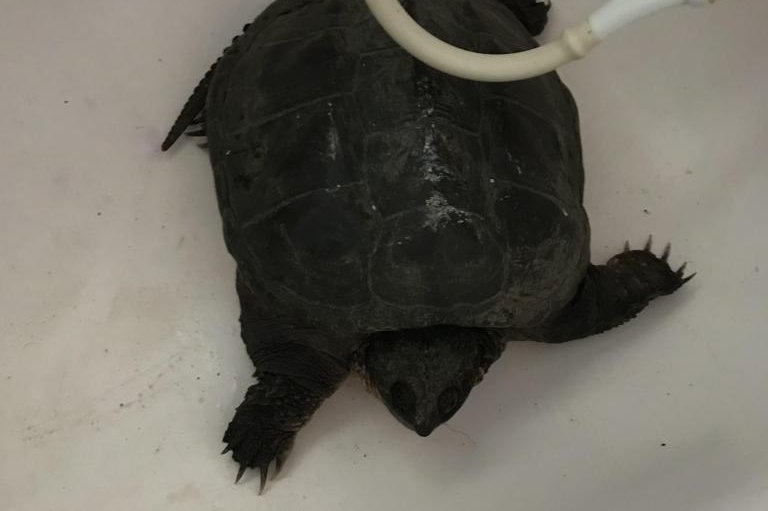 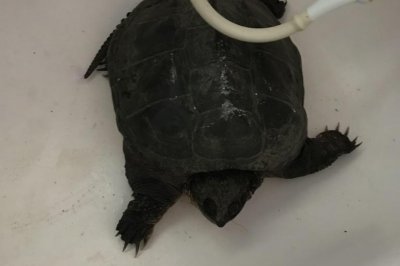 Oct. 19 (UPI) — Animal rescuers in Britain said a man walking next to a river found a 20-inch-long North American snapping turtle — and took it home to his bathtub.

The RSPCA said it was contacted by a man who came across the non-native turtle at the side of the River Trent in Burton-on-Trent, England, while walking with his children behind the local Asda store.

The manthen took the reptile home to house in his bathtub while awaiting rescuers.

“He was a really big and aggressive turtle, so I called him Hagar,” Brannan said in a news release. “I had to handle him very carefully as he was very angry, and obviously this species has quite a bite, as well as a very mobile head and neck.”

Brannan said the amount of algae on the turtle’s shell indicated it had been living in the area for some time.

“We fear this turtle may either have escaped — or potentially been abandoned. It is a real concern if someone has discarded a pet like rubbish when there are animal welfare charities and organizations that would offer help,” she said.

The RSPCA said it now is attempting to determine Hagar’s origins.

“An animal like this could have been a real danger to other animals and people as they are capable of such a strong bite,” Brannan said.

Hagar has been given a new permanent home at the National Turtle Sanctuary at the Lincolnshire Wildlife Park, the RSPCA said.