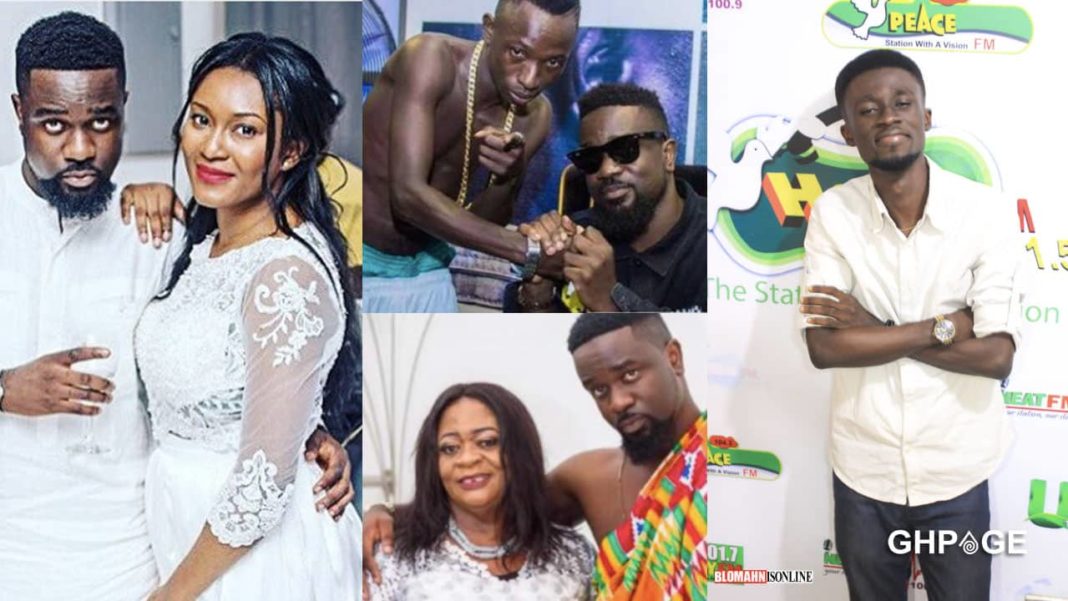 Blogger and event MC Mr Tabernacle has sent some words of advice to Agona-Swedru based superstar over his recent comment about Tema-based rapper Sarkodie and his family.

In a recent interview on Bryt TV, Patapaa angrily insulted Sarkodie, his wife and mother over a lyrical line the former used in one of his songs which described the singer as somehow ‘useless’.

Implored by the host to retract and apologise for insulting the rapper’s family, Patapaa insisted that he will not because he believes Tracey should have advised King Sark not to hurt his feelings in the song.

Despite all the attempts to get him to retract the statement, Patapaa stood his ground and failed to do that.

Mr Tabernacle who was a panellist on Hello Entertainment review with Dave Hammer stated that in the first place Tracey and Sarkodie’s mum are not the ones who wrote the song for the rapper.

He urged that as a matter of fact, Patapaa must go back and apologise for the dragging in Tracey Sarkcess and Sarkodie’s mother.

Mr Tablenacle ended on the note that he believes Patapaa is trying to ride on Sarkodie shine because the song that brought about all these issues is an old song.