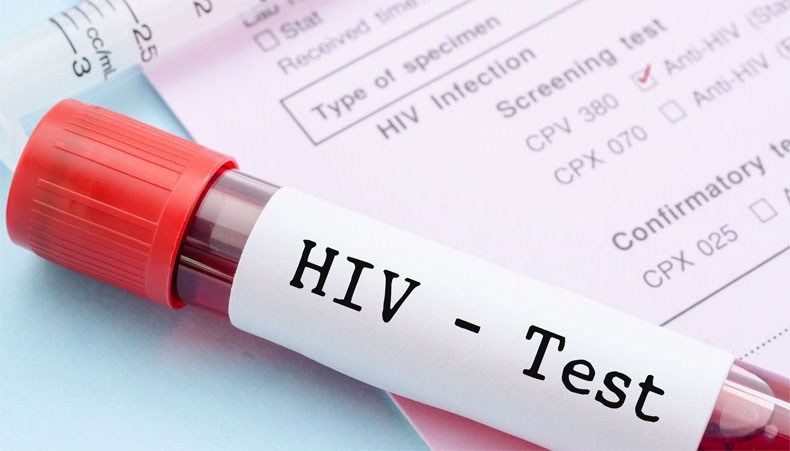 There are more than 5,700 people estimated to be living with HIV in the Upper West Region, Steve Kyeremeh Atuahene, Director-General of the Ghana AIDS Commission (GAC) has revealed.

He said this is out of the national estimated figure of 346,000 Persons Living With HIV (PLWHIV) in Ghana as at the end of 2020,
He said of the over 5,700 people, about 3,000 of them have been diagnosed representing 56 per cent, adding that they have to find the rest through intensification of testing.

Mr Atuahene who revealed this during a courtesy call on the Upper West Regional Minister, Dr Hafiz Bin Salih, noted that the National Strategic Plan objective was to diagnose a minimum of 95 per cent of all Persons Living With HIV (PLWHIV) in Ghana.

He said the policy driving the HIV programme in the country was a differentiated service delivery which he explained would ensure individuals that needed service would receive service tailored to their specific needs.

“They need to ensure that people have access to testing especially at health facility level was very important”, he said and added that this would enable both the outpatients and inpatients to be tested.

The Director General said those who would test positive, would always ensure that their sexual network was also tested to ensure that any of them that was positive would be put on treatment.

“The experience shows that within the sexual network, you get higher yield when it comes to testing”, he said.

Mr Atuahene said the Commission was aiming to put 95 per cent of all those diagnosed on treatment so that they could be virally suppressed, adding if that happened, they would have the opportunity to break the chain of HIV transmission in the country.

He said this was because virally suppressed individuals could not transmit the disease sexually, which according to him, was the main mode of HIV transmission in Ghana.

“So if we will be able to break the transmission, then Antiretroviral Treatment (ART) was very key in that effort”, he said.

The Director General noted the commitment of the Commission to support the Regional Minister and the Committee to do their work to ensure that the goal of the National Strategic Plan was achieved in the region and the country at large.

Dr Bin Salih who is the Chairman of the Regional HIV Response Committee noted that the Committee was doing its best to sensitize the populace about the prevalence of the disease in the region.

He said they had also inaugurated all the District Committees and they were operating effectively, adding that as a region, the HIV prevalence rate was lower than that of the national rate but that did not mean that they should be complacent.

Dr Bin Salih noted that they needed support to be able to sensitize the people especially people within the three Municipalities.

He said because of COVID-19, there was a shift in attention from HIV issues, which according to him created the impression that HIV was a lesser evil.

He said there was the need to balance the two, adding if they take their eyes off HIV, they would live to regret it.
GNA