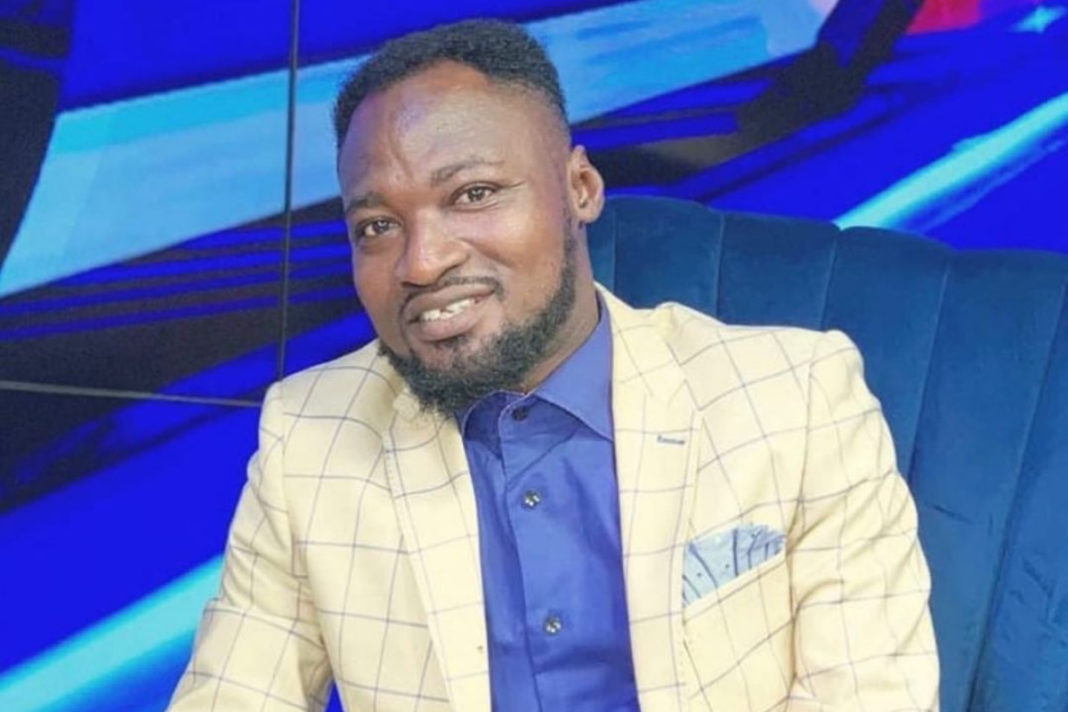 Comedian Funny Face has accepted finally that he’s mad after buying Kenkey and fish worth 600gh just to please a lady who came to cry to him that he should buy something for her.

Funny Face shared on Instagram saying a woman walked towards him asking him to give her something because things has been hard for her and while trying to please her, he ended up buying the whole kenkey and fish she was selling.

According to him, he has bought kenkey that is worth GHc 150 and fish that is worth GHc 410 which is almost GHc 600, and now he has taken it home not knowing what to do with the kenkey and fish since it’s too much for a single man like him.

READ ALSO: Jide Kosoko Throws His Weight Behind His Daughter Temi After Being Bullied For Being Talentless

Adding that he now believes he’s mad for doing that asking fine women with big bortors and b00bs that want to eat kenkey and fish to DM him privately and come for it but then added a disclaimer that it’s a lyric of his new song.

Funny Face is so depressed looking at the kind of things he says and does on the net and he even confirmed that in his post claiming depression is controlling him at this point but he seems to be making fun of the whole issue and all those sympathizing with him.

Now I Believe Am Mad – Funny Face Says After Buying Kenkey And Fish Worth 600gh Just To Please A Woman .