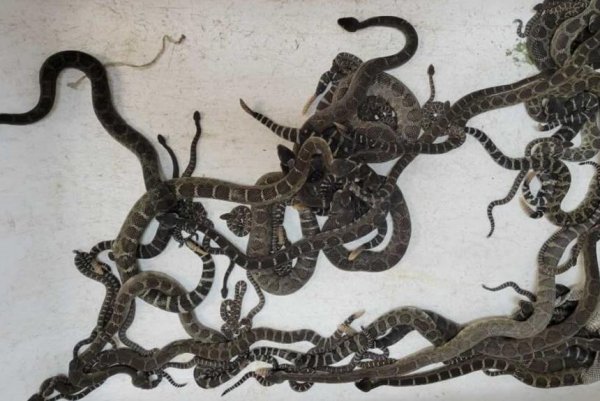 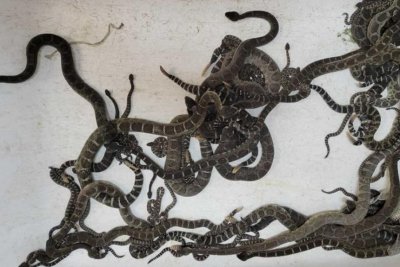 Oct. 15 (UPI) — An animal rescuer responding to a California home where snakes were spotted under the house said he ended up rounding up nearly 100 rattlesnakes.

Al Wolf of Sonoma County Reptile Rescue said he responded to a North Bay home where a resident spotted a snake slithering under the building, and he looked under the house to discover dozens of rattlesnakes taking shelter.

“It took about three hours, but I found a total of 92 rattlesnakes under that house, I was tickled pink, I wish that happened everyday to me,” Wolf told WABC-TV.

Wolf posted photos of the snakes he removed from under the house to Facebook.

The reptile rescuer said it’s unusual to find so many rattlesnakes in one place, and the recent drought is likely to blame.

“The drought will cause them to go to areas where there’s water, looking for lizards and rodents,” he said.