Homosexuality is not a human right – Rev. Naameh 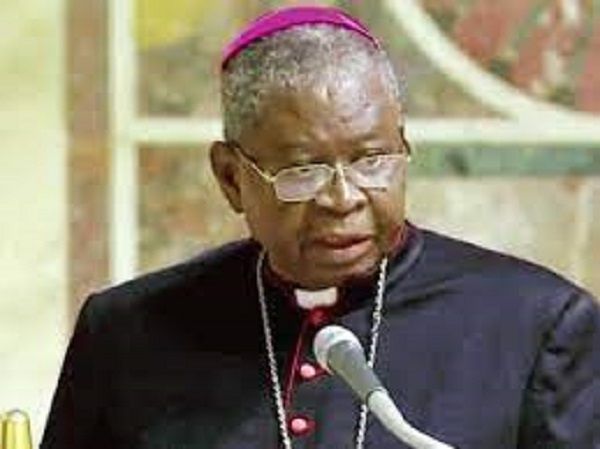 In relation to the recent wave of repression against the LGBTQ+ community in the country and the drafted anti-gay bill submitted to parliament, Most Rev. Philip Naameh of the Catholic Bishops’ Conference has stated that the fight against LGBTQ is not a fight against human rights.

In an interview with eTV Ghana Samuel Eshun on the Fact Sheet, he stated, “we cannot say people are being denied their rights when it comes to the fight against LGBTQ.”

According to him, the European Court of Human Rights (ECHR) has decreed that homosexuality is not a human right.

Ghana has a mixed record on its treatment of lesbian, gay, bisexual and transgender (LGBT) people. It criminalizes “unnatural carnal knowledge” in section 104 (1) (b) of its Criminal Offences Act.

“The human rights we have in our memo decree that homosexuals are humans and they should not be discriminated, but we should not place it in the order of rights,” he asserted.

The struggle of the LGBT community for equal rights has moved to center stage, battling for their civil rights in Congress, in courtrooms and in the streets.

Many LGBT Ghanaians told Human Rights Watch (a foreign organization that defends the rights of people in over 100 countries) that their lives have been torn apart because of the stigma associated with homosexuality; the fear of violence perpetrated by family members and others in the community.

Earlier this year, the Speaker of Parliament received a private member bill from 8 MPs that would expand on the current law that provides up to three years in prison for same-sex activity.