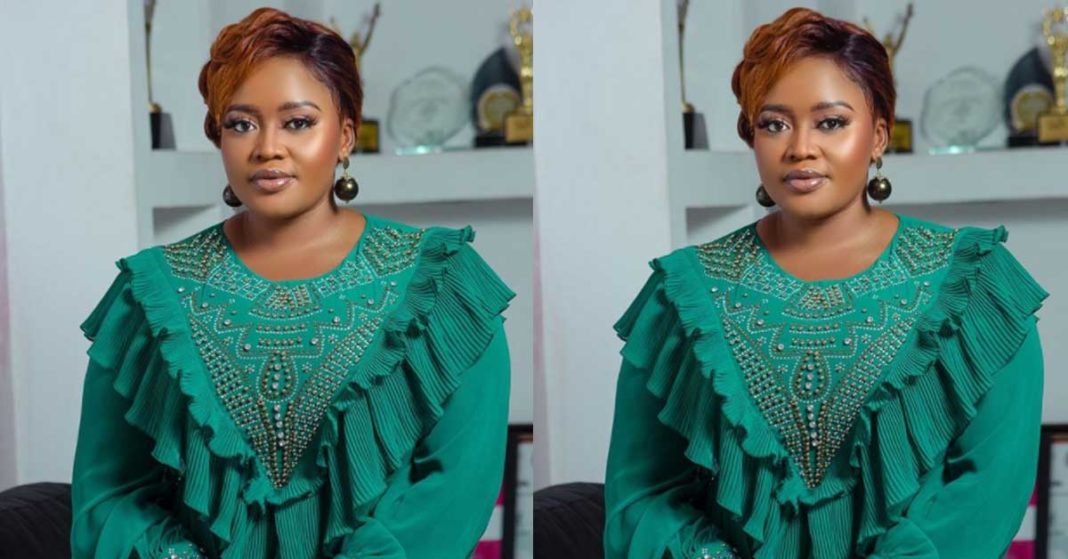 The entertainment journalist in a post sighted on her IG page revealed that she has tendered in her resignation from Media General, operators of TV3.

After five years of entertaining listeners and viewers, host of G-Spot on Joy News, Gloria Akpe Nyarku, popularly known as MzGee has reportedly resigned from the Multimedia Group on November 1, 2019, and joined Media General as host of their morning entertainment show host on Saturday.

The reason for resigning from her new job wasn’t revealed by the journalist when she announced her resignation publicly on her Instagram page. 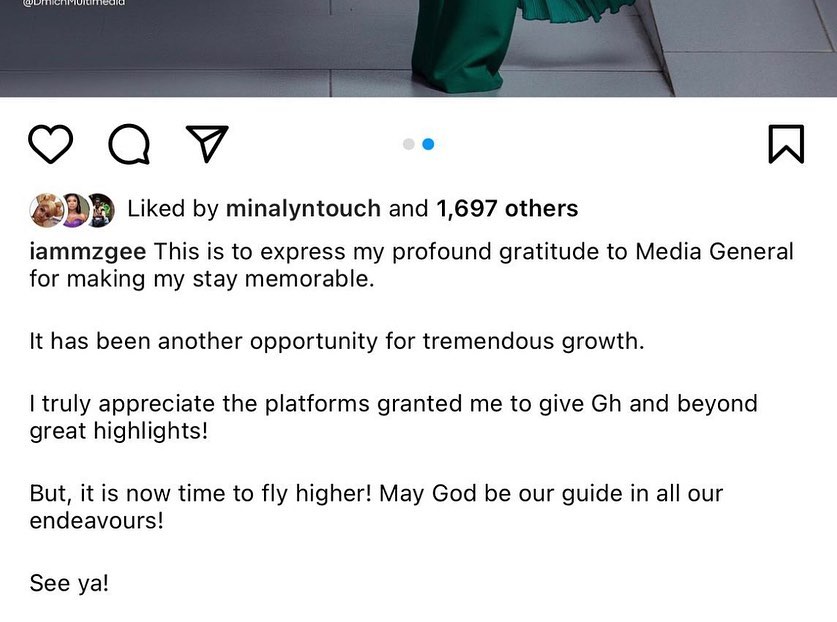 Media General in a press statement also confirmed that MzGee has left the media conglomerate on mutual terms but she will bring her work to an end at the media outfit on 25th October 2021. 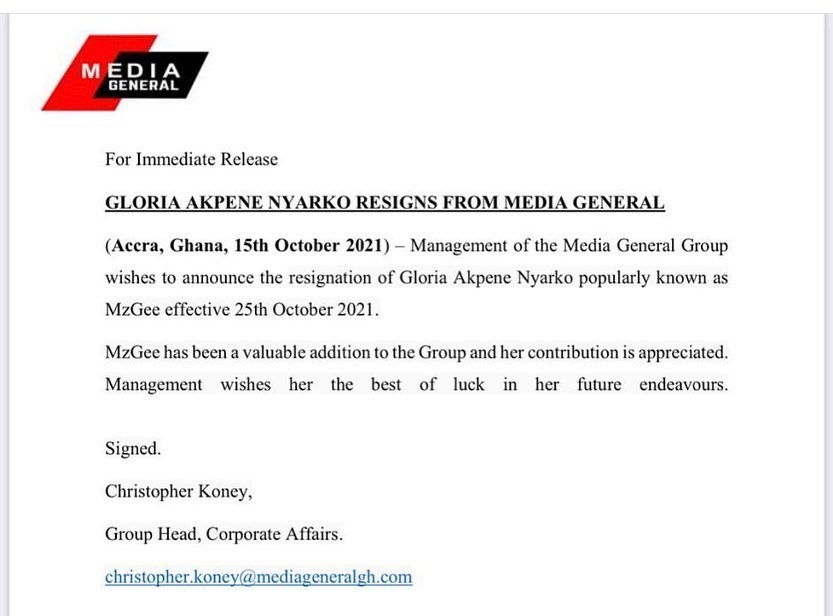