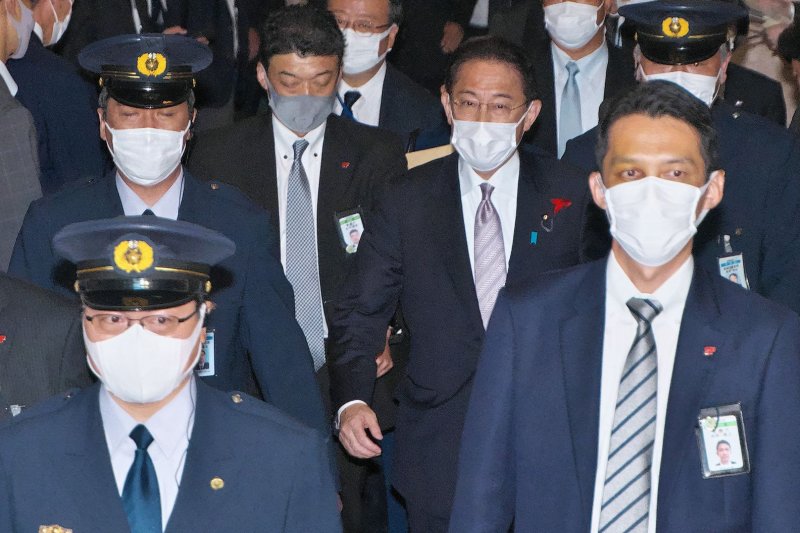 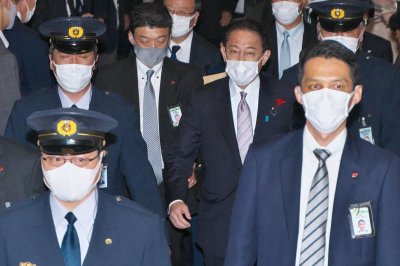 Oct. 14 (UPI) — Japanese Prime Minister Fumio Kishida on Thursday dissolved the lower house of parliament to make way for new elections later this month that he hopes will “choose the future of Japan” in the era of COVID-19.

Kishida, who took office less than two weeks ago, announced the dissolution of the lower house of the National Diet during an address Thursday in which he laid out his vision for the near-term future.

The prime minister said he wants to maintain a coalition majority, which requires his Liberal Democratic Party and the Komeito Party to keep 233 of 465 seats in the Diet.

The parliamentary elections will be held Oct. 31.

“We must now ask the people to make a decision,” Kishida said, according to the Japan Times. “It has been 11 days since I took office. I have spent those 11 days explaining what this new cabinet is going to do and I’d like to continue to appeal to the people about what we’re going to do.”

Kishida said he hopes the elections will create a solid mandate for Japan’s path forward as it navigates possible resurgences of COVID-19, as it saw this past summer.

Kishida’s predecessor, Yoshihide Suga, was roundly criticized and unpopular in Japan partly due to his handling of the pandemic and related restrictions that battered the Japanese economy.

“The upcoming election is about choosing the future of Japan,” he said.

Suga stepped down last month after less than a year in office.

Yukio Edano, leader of the opposition Constitutional Democratic Party, said his party will run candidates in all 22 districts in a bid to loosen the grip the Liberal Democratic Party has had on the country for many years.

“Rather than just change the cover, the political sector as a whole has to be changed,” Edano said, according to Asahi Shimbun. “This election will be about changing a politics of covering up and deception.”

In his remarks Thursday, Kishida said his party has been “reborn” and is looking to regain public trust that eroded under Suga and former Prime Minister Shinzo Abe.