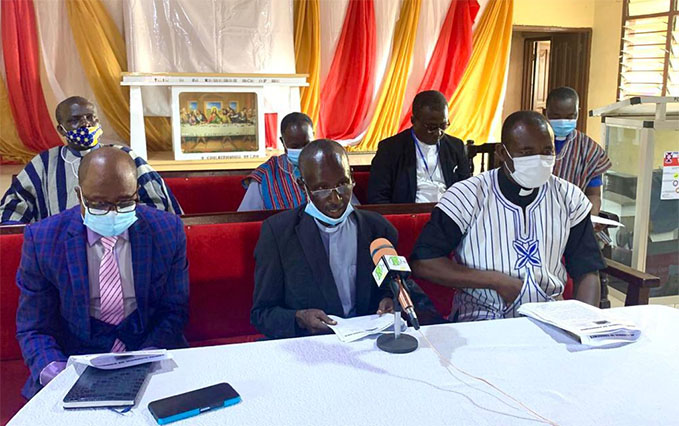 The Northern Regional Local Council of Churches has indicated its support for the passage of the LGBTQ+ Bill presented to Parliament.

The Northern Regional Local Council of Churches urged Parliament to do the needful in the passage of the bill to regulate the activities of the LGBTQ+ persons and maintain the sanity of the Ghanaian socio-cultural values.

“ The future of the population is at risk to the extent that it will extinguish over time. Granted without admitting that women marry women and men marry men as advocated by the LGBTQ+ group, there cannot be any procreation to replenish the community. This is a matter of concern to the people of the Northern region of Ghana hence the total support lent to the bill by members of the Local Council of Churches in Northern region.”

According to them, the report of the Scientific Research Council shows that about 18.1% of people living with AIDS are gays adding that the Centre for Disease Control has stated that persons involved in such acts are at higher risk of contracting and spreading Sexually Transmitted Diseases (STDs).

They further noted that the Ghana Demographic and Health Survey,2014 reported that 2.7% of Ghanaians aged 15-49 years and while 2.8% of women aged 15-29 years are burdened with the HIV/AIDS disease.

“These are very worrying statistics worth influencing any mind that the bill has come no better time than now. This will also have an adverse effect on the country especially with the country losing most of its human capital and the amount of money the country would spend helping with the treatment of such persons.”

Addressing journalists in Tamale, the Secretary of the Northern Regional Local Council of Churches, Pastor Adu Amokohene Don-Peters, said the practice of LGBTQ+ is not in line with the culture of Ghanaians noting that it is a complete fight and destruction against the institution of marriage where the system is for biological males to marry the biological females and the bringing up of children.

He said the Northern Regional Local Council of Churches is supporting the passage of the LGBTQ+ Bill to keep the society intact through the strengthening of the family system.

“It is a taboo for the activities of the LGBTQ+ to be allowed into the country. Foreign cultures cannot be imposed on Ghana and we will resist all means possible for such practice to be on our land.”