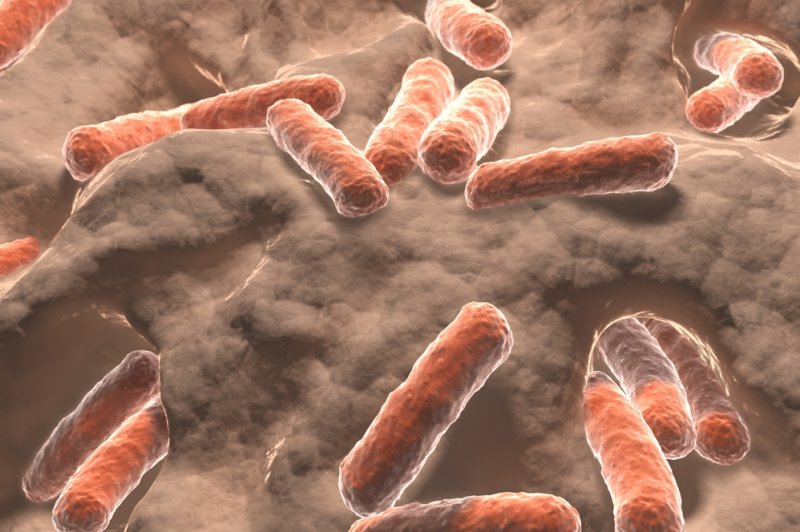 In an analysis of the effects of 144 oft-prescribed antibiotics on the gut microbiome, the collection of helpful bacteria that aid in digestion and boost immunity, about half of the strains tested did not survive treatment with these antibiotics, the data showed.

Although these drugs are vital in the treatment of bacterial infections and save millions of lives, they also weaken one of the body’s first lines of defense against pathogens and compromise the multiple beneficial effects of the microbiota on health, the researchers said.

Common side effects of what the researchers call “collateral damage” caused by antibiotics are gastrointestinal problems and recurrent Clostridioides difficile, or C. diff, infections.

The drugs also contribute to long-term health problems, such as the development of allergic, metabolic, immunological or inflammatory diseases, according to the researchers.

“This broad activity spectrum is useful when treating infections, but it increases the risk that the microbes in our gut are targeted as well,” said Maier, a researcher at the University of Tübingen in Germany.

The gut microbiome is composed of many different microbial species and viruses that enable the body to use nutrients more efficiently and hinder harmful bacteria from settling in our gut, according to the Harvard T.H. Chan School of Public Health.

When a bacterial infection is treated with antibiotics, however, there’s a risk of damaging the gut microbiome, leading to an imbalance in our microbiota composition, commonly referred to as dysbiosis, Maier and her colleagues said.

Diarrhea is a common short-term effect of dysbiosis, while allergic conditions such as asthma or food allergies and obesity are possible long-term consequences.

The fact that antibiotics are also active against gut microbes has been known for a long time, but their effects on the large diversity of microbes in the gut remain unclear, according to the researchers.

For this study, Maier and her colleagues assessed how 144 commonly prescribed antibiotics affected the growth and survival of up to 27 bacterial strains found in the gut microbiome.

The researchers determined the concentrations at which a given antibiotic would affect these bacterial strains for more than 800 antibiotic-strain combinations.

Tetracyclines and macrolides selectively killed specific gut microbes, which means their use could lead to these microbes being inadvertently lost from the gut microbiota much faster than microbes for which growth is only inhibited, the researchers said.

This could explain the strong microbiota shifts that some patients being treated with these antibiotics experience, they said.

“We didn’t expect to see this effect with tetracyclines and macrolides,” study co-author Camille Goemans said in a press release.

There may be a way of reducing the damage, however, as the researchers combined the antibiotics erythromycin or doxycycline with a set of nearly 1,200 pharmaceuticals to identify drugs that would save two abundant gut bacterial species from these antibiotics.

In doing so, they identified several non-antibiotic drugs that could rescue these gut microbes and other related species, the researchers said.

And combining an antibiotic with a protective second drug did not compromise the former’s effectiveness against harmful bacteria.

“Our approach that combines antibiotics with a protective antidote could open new opportunities for reducing the harmful side effects of antibiotics on our gut microbiomes,” Maier said.

“No single antidote will be able to protect all the bacteria in our gut, especially since those differ so much across individuals, but this concept opens up the door for developing new personalized strategies to keep our gut microbes healthy,” she said.