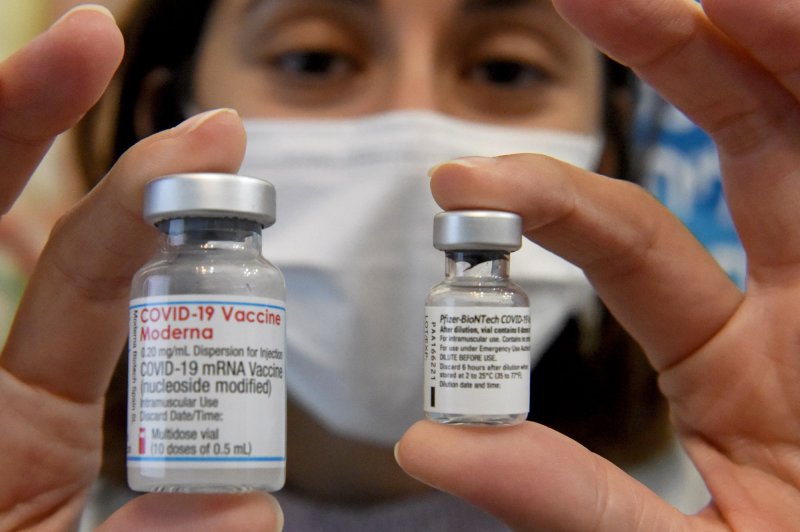 Sept. 28 (UPI) — Side effects reported among recipients of a COVID-19 booster vaccine are similar to those seen after the second dose, the Centers for Disease Control and Prevention reported Tuesday.

The findings are based on reports made from roughly 12,600 booster-dose recipients to the CDC’s voluntary vaccine safety surveillance program, which tracks shot side effects.

While booster shots are still being studied for most groups of people, the FDA in August authorized booster doses of the Pfizer-BioNTech and Moderna vaccines for solid transplant recipients and people with compromised immune systems.

The Food and Drug Administration last week recommended third, booster doses of the Pfizer-BioNTech vaccine for adults age 65 and older and those with chronic health conditions, such as diabetes and heart disease, that place them at increased risk for severe COVID-19.

However, the agency has not yet recommended additional doses for the Moderna or Johnson & Johnson vaccines, though the manufacturers of both have been conducting clinical trials of boosters to determine their safety, as well as if they are needed.

“During the period covered by this study, recommendations for an additional dose of COVID-19 vaccine were limited to persons with moderately to severely immunocompromising conditions who had received two doses of an mRNA vaccine,” the agency researchers wrote.

Of the 12,600 booster recipients included in the report, 79% indicated they experienced injection-site reactions, including pain and swelling, the data showed.

In addition, 74% said they had fatigue, muscle pain or headaches, among other “systemic” reactions, following receipt of the third dose, the agency said.

These figures are similar to those reported following the second dose of the vaccines, when just under 78% indicated they had injection-site reactions and about 77% experienced systemic side effects.

“No unexpected patterns of adverse reactions were identified,” the CDC researchers wrote.

“Those reported were mild to moderate and transient,” meaning they resolved on their own, they said.

More than 22,000 people reported receiving a booster dose of a COVID-19 vaccine — either the two-dose shots from Moderna and Pfizer-BioNTech or the one-dose Johnson & Johnson vaccine — between Aug. 12 and Sept. 19, the agency said.

However, not all of them submitted information on side effects they experienced following receipt of the booster, according to the CDC.

The vast majority of booster dose recipients were given either the Moderna or Pfizer-BioNTech vaccines, with fewer than 200 people opting for an additional Johnson & Johnson shot.

Reports of side effects following the additional dose were similar for all three, the CDC reported.

Among systemic reactions to the shots, fatigue, headache and muscle pain were the most common with the Pfizer-BioNTech vaccine, though joint pain, fever, chills and nausea were each reported by at least 10% of recipients.

For the Moderna shot, fatigue, muscle pain and headache were the most common side effects reported with the third dose, while fever, chills and joint pain occurred in at least 30% of recipients.