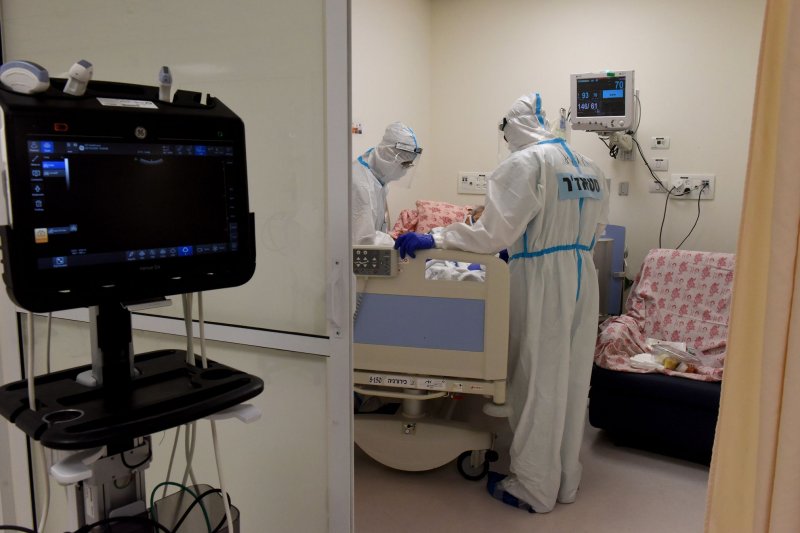 Sept. 24 (UPI) — People with COVID-19 may be at increased risk for developing Guillain-Barre syndrome, a study published Friday by the journal Brain found.

Eleven of 49 patients with the rare disorder in which the immune system attacks the nerves recently suffered from COVID-19, the data showed.

Among the patients with possible coronavirus-related Guillain-Barre, which causes muscle weakness and, in some cases, paralysis, eight developed a form of the disorder that causes nerve damage, the researchers said.

In addition, seven had facial palsy, or paralysis of the nerves in the face, affecting movement of the muscles.

Although the study population is small, those who developed Guillain-Barre after COVID-19 appeared to be more likely to have these complications than others with the disorder, they said.

“There is no proof yet that [COVID-19] can cause Guillain-Barre syndrome or even that there is a true association,” Dr. Bart C. Jacobs told UPI in an email.

“However in these 11 cases, Guillain-Barre syndrome occurred shortly after infection and in most cases no other causes of it were found, though more research is required,” said Jacobs, a professor of immunology and neurology at the University Medical Center Rotterdam in The Netherlands.

Guillain-Barre is an autoimmune disorder that can last for weeks or several years, according to the National Institutes of Health. Though relatively rare, it can be severe, and it is usually triggered by an acute bacterial or viral infection, such as Zika, the institute said.

Whether COVID-19 is a potential infectious trigger for the disorder or the reported cases in this study are coincidental is, however, unclear, Jacobs and his colleagues said — though they have been linked in other reports.

Previous studies have linked COVID-19 with inflammation that damages multiple organs and, in some cases, nerves.

In addition, people who suffer serious illness from the virus appear to be at higher risk for conditions such as Bell’s palsy, which, like Guillain-Barre, causes facial paralysis.

In some people, Guillain-Barre can cause long-term symptoms and health complications, much like “long” COVID-19.

For this study, Jacobs and his colleagues assessed 49 adults age 50 and older with confirmed Guillain-Barre between January and May of last year.

At hospital admission, eight of the 11 Guillain-Barre patients with a COVID-19 infection had signs of increased inflammation, the researchers said.

However, the researchers did not find more patients diagnosed with Guillain-Barre syndrome during the first four months of the pandemic compared with previous years.

Although a strong association between COVID-19 and Guillain-Barre syndrome is unlikely, COVID-19 may sometimes lead patients to develop the disorder, according to the researchers.

However, “doctors should be aware of the diagnosis of Guillain-Barre syndrome in patients with COVID-19 as effective treatments are available,” he said.