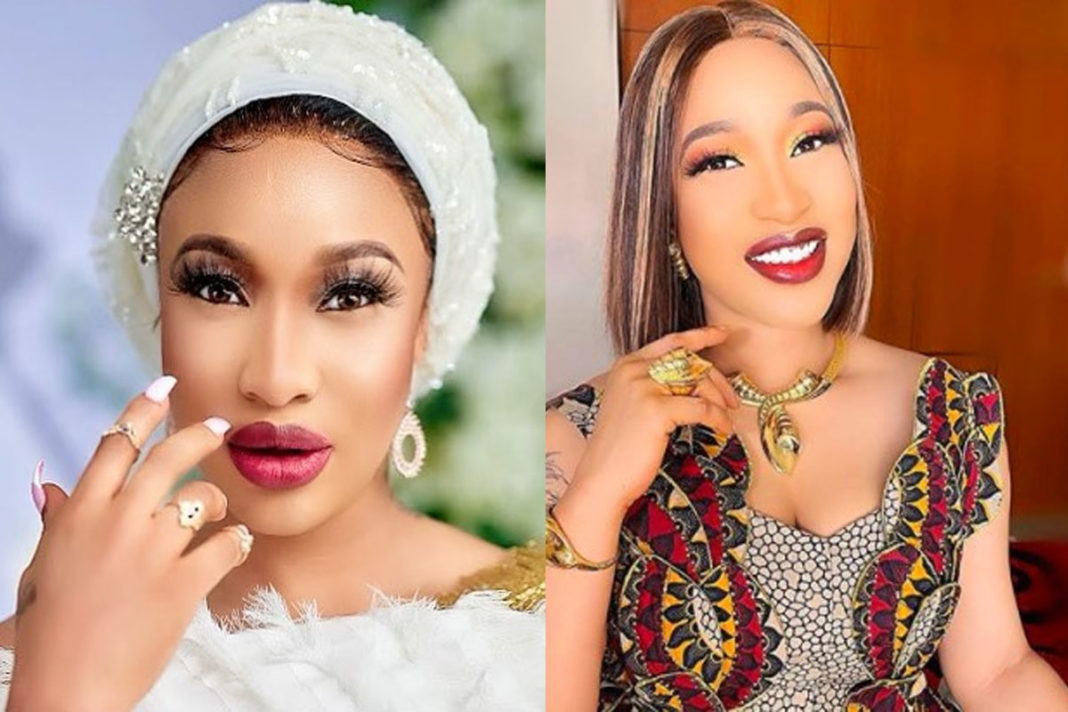 Tonto Dikeh has revealed why she applied the brakes on her relationship with politician boyfriend Prince Kpokpogri after they established a relationship and ended it in a span of just three months (we had even thought it was Kpokpogri who dumped her).

The Nollywood actress shared leaked audio purported to be that of her immediate boyfriend telling actress Merit about how he goes about sleeping with female celebs and dumping them.

This means he was merely having a fling with Tonto Dikeh who he planned to toss in the dustbin like the others on his list of conquest. When the actress sighted the sound bite, she said she had no option but to quit.

Per the conversation established in the audio, Merit was heard asking Prince Kpokpogri how he is able to lure the women and have sex with them and he responded by mentioning names of mainstream celebs he has fucked including, Chioma, Genevieve Nnaji, Juliet Ibrahim, Chioma and others.

Sharing the video on her Instagram page, Tonto revealed that she immediately ended their relationship after listening to the audio.

“After listening to these leaked voice note between JOSEPH EGBRI(fake name Prince kpokpogri) and merit, I personally called my relationship off with a man I honestly did LOVE. Now this is not enough for blackmail and lies but it’s all good and great.”

All we are asking is come answer to the law for your illegal recording and release of my private moments (A CRIME) that happened months back before I actually respectfully ended this relationship, extortion(A CRIME), blackmail(A CRIME) amongst other things alleged about you.”

Not just you but Alot of other married women,Celebrities and single girls too.. If he hasn’t blackmailed any of you yet it’s a matter of time!!”

“My darling JOSEPH EGBRI it will only be fair enough you allow the law operate..

If these are made Up allegations you need not fear, FOR A CLEAN HEART FEAR NOTHING..

I wish you would too

“You can’t be the one blackmailing me, releasing my private chat with friends, bugging my phone and still be the one in trauma.. Wish you all the very best

But you need to stop running and face the consequences of your actions..”

- Advertisement -
Share
Facebook
Twitter
Pinterest
WhatsApp
Previous articleCOVID-19 could make Guillain-Barre more likely for people at risk for disorder
Next articleGirlfriend of US rapper, Moneybagg Yo buys him 28.8 acres of land for his 30th birthday (See Photos) » ™
- Advertisement -