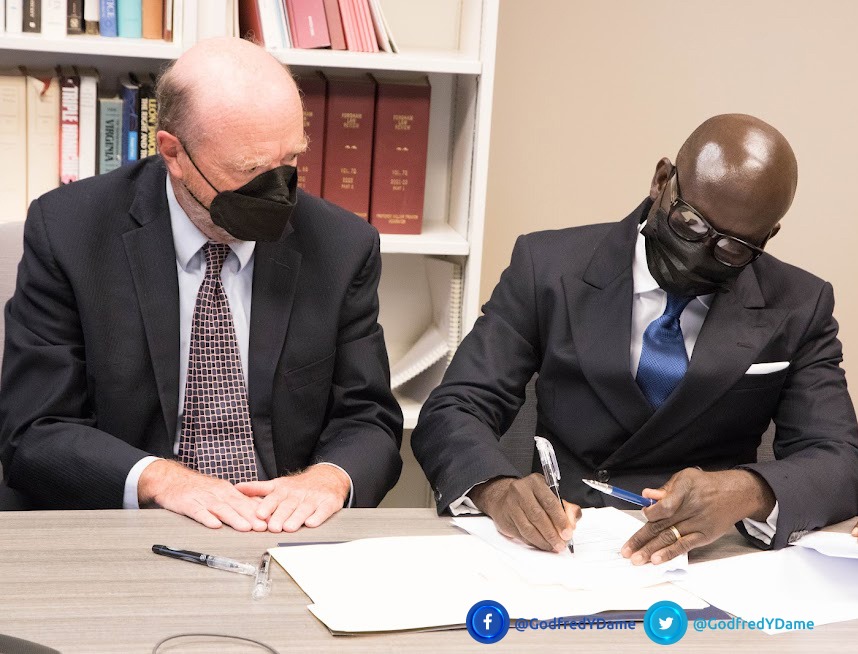 The Attorney-General and Minister of Justice, Godfred Yeboah Dame, has brokered a historic deal to allow Ghanaian judges, lawyers and law graduates to study in the prestigious Georgetown University Law Centre in the United States Capital of Washington, DC.

The agreement, the first of its kind, is to implement a joint graduate scholarship program over the next five years and results from an intention to strengthen the ties between Georgetown University and the legal fraternity in Ghana, enhance the linkages between the peoples of Ghana and the United States of America and improve cooperation between the two countries in the field of legal education.

Speaking at the signing ceremony, Attorney General and Minister of Justice, Godfred Yeboah Dame expressed his delight at the opportunities the program offers.

“This program is unique because it is not just simply a client/provider agreement but one where Georgetown University Law Center, perhaps the best of a kind in the world, and my office are fully invested in the further education of Ghanaian judges, lawyers, and legal academics. This can only be good news,” said Dame.

“My most important responsibility, as Attorney General, is to represent the interests of the people legally and also ensure that we have a functional and relevant legal system that works for the people. In this regard, I am prioritizing legal education, both within and without the country, as a focus area for my Office. The government has already taken significant steps with the massive increase in student admission to the Ghana Law School last year and with the ongoing construction of the Law Village complex. This agreement is further proof of my commitment to the cause. “

“And I promise you more of such initiatives”, Dame concluded.

Providing further details of the program, Kingsley Agyemang, Registrar of the Scholarships Secretariat, said the agreement would cover a number of students who would be admitted every year to read the Doctor of Juridical Science (SJD) and the Master of Laws (LLM) programs.

“Georgetown has agreed to fund a substantial part of the cost of tuition for students while the government of Ghana would fund the rest, in addition to costs associated with our duty of care to Ghanaian students under our patronage“.

“For this, we have the honorable Attorney General to thank. His initiative and industry have brought us to this point,” added the Registrar. 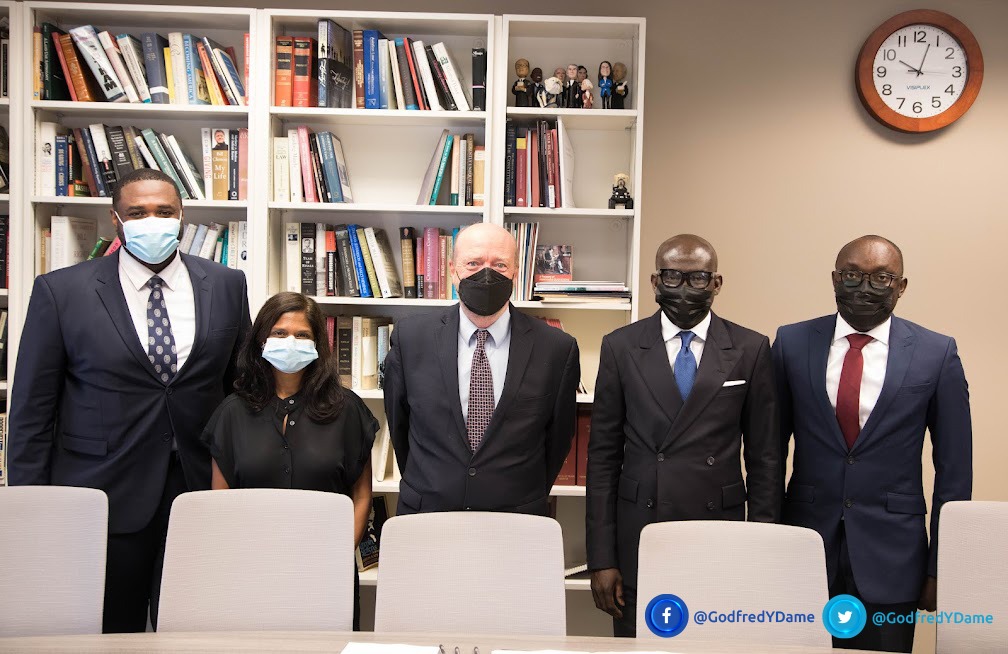 Georgetown University, a private university in Washington DC, is the oldest Catholic and Jesuit higher education institution in the US having been founded in 1789 by John Carroll, the US’ first bishop and archbishop, in the national capital.

Famous alumni include two former US presidents: Bill Clinton and Lyndon Johnson; as well as several other heads of state, including King Felipe VI of Spain and King Abdullah II of Jordan.

Former US defence secretaries Robert Gates and Donald Rumsfeld; José Manuel Barroso, the former president of the European Commission, are all alumni of Georgetown.