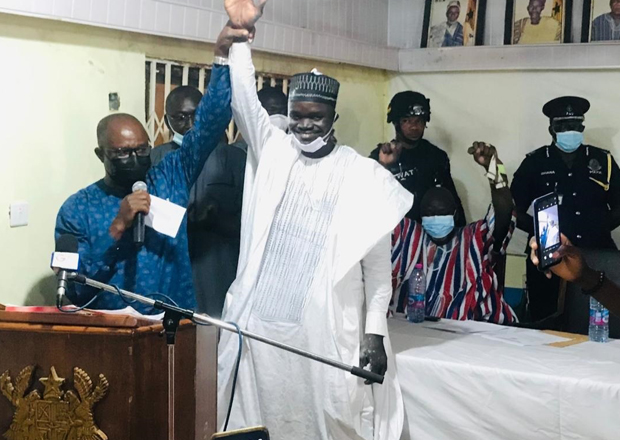 Assembly members of the Gushegu municipal assembly in the Northern Region have confirmed the President’s nominee, Yaja Dawuni Robert as the Gushegu Municipal Chief Executive.

The MCE nominee polled 35 YES votes out of the 35 vote cast by the assembly members representing 100%.

The Nominee who was the presiding member of the Gushegu assembly took part in the voting process.

The elected Gushegu Municipal Chief Executive, Mr. Dawuni Robert thanked assembly members for the confidence they imposed in him and assured them that he will work tirelessly to ensure that the municipality is developed.

He called on assembly members, chiefs, opinion leaders and the Gushegu MP to support him to successfully run his administration.

The Member of Parliament for the Gushegu constituency, Lawyer Alhassan Tampuli , assured the elected MCE and the assembly members of the Gushegu of his continuous support.

“ Gushegu is one of the biggest municipality in the region and that is a huge responsibility for us so we don’t have time on our side and we need to hit the ground running , I can assure you that whatever resource management you need as an assembly I will provide for you and I promise you.”

The Former MCE for Gushegu, Issah Musah assured the elected Municipal Chief Executive his guidance and support for the betterment of the municipality.