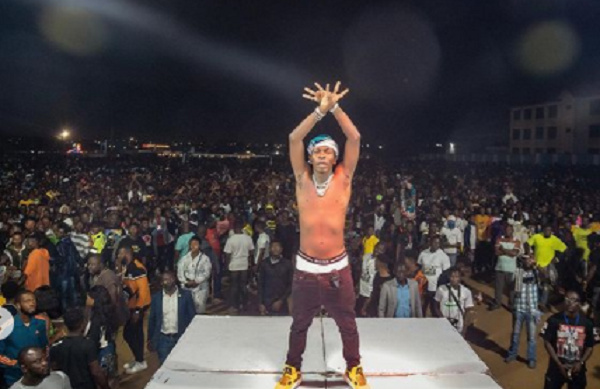 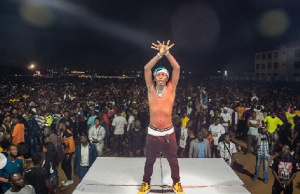 • Shatta Wale has released a statement to his fans

• The dancehall musician has called for peace among his fans

• According to him, no fan of his should attack Sarkodie and Stonebwoy

One thing is for sure, the Shatta Movement which is the fanbase of dancehall musician, Shatta Wale, will any day stand up for their leader even if it requires them to insult any top artiste in Ghana.

SM fans, as they widely called have for years, launched an attack on singers Sarkodie and Stonebwoy who in past were caught up in a lyrical beef with their leader, Shatta Wale.

But in a recent post sighted by GhanaWeb, Shatta Wale has called for peace after years of online beef between Sark Nation, Bhim Natives, and the Shatta Movement.

“Pls SM fans pls and pls no one should insult sark and stone again. Let’s support them so we can all live like one people…These trolls won’t take us anywhere. #Ayoo If their fans want to do let them do but for us let’s focus on making our lives better,” Shatta Wale wrote in a tweet dated, September 20.

His plea has been greeted with mixed reactions as some fraction say they are willing to comply with his new directive but others noted that they will retaliate should any fan from the camp of Sarkodie or Stonebowy say anything to tarnish Shatta’s brand.

Legon Shatta Wale wrote: “It takes a wise King like Shatta Wale to come out with this powerful advise to his fans. King we will go by your orders. SM4LYF.” 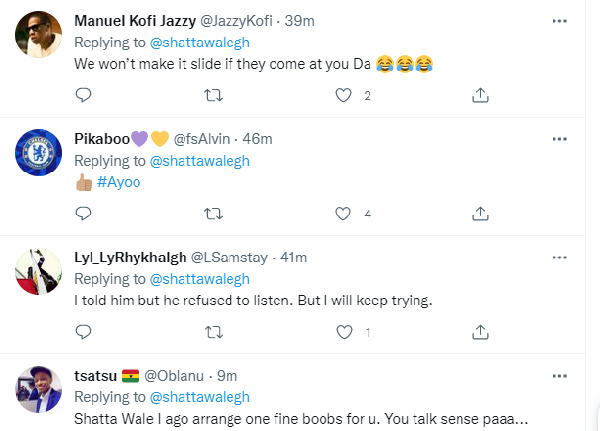 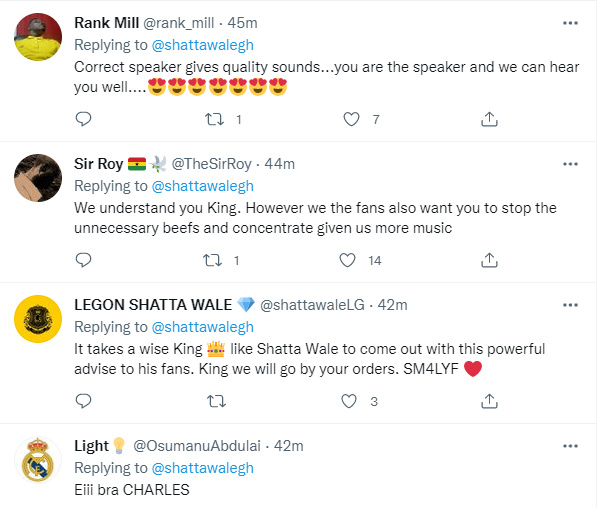 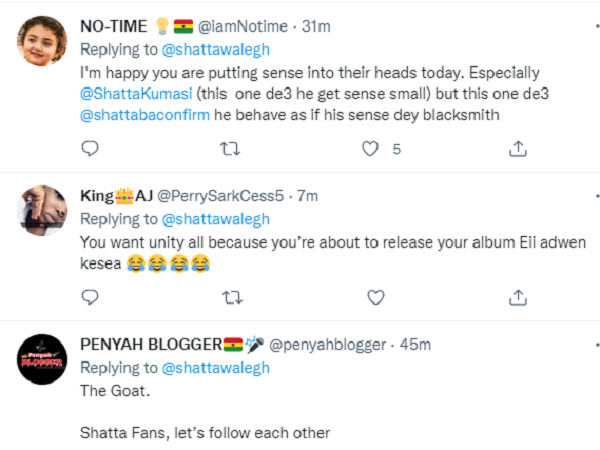