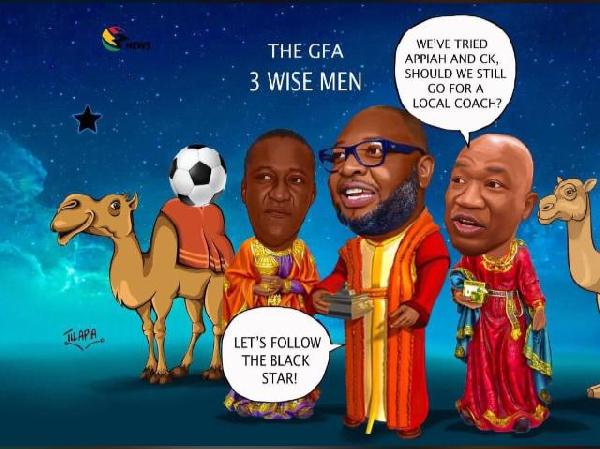 The Mark Addo committee has until Thursday, September 16, to appoint a new coach

The Ghana Football Association and fans of the Black Stars are awaiting the decision of the ‘Three Wise Men’ as the clock ticks on their search for a new coach.

The three-man committee formed by the Executive Council of the GFA has been tasked to find a replacement for Charles Akonnor, who was sacked on Monday, September 13, 2021.

The committee made up of GFA veep Mark Addo, Randy Abbey, and Upper East Regional Football Association president, Salfu Zida, have a little over 24 hours remaining to announce a new coach.

Several names have popped up, including indigenous and expatriate coaches.

Former Ghana coach Milovan Rajevac is believed to be the frontrunner for the job despite names like Otto Addo and Ibrahim Tanko being all mentioned.

The decision to find a new coach is to help turn the fortunes of the Black Stars after a poor start to the 2022 World Cup qualifiers.

Ghana is third in Group G of the qualifiers after one win and a defeat in the opening two matches.