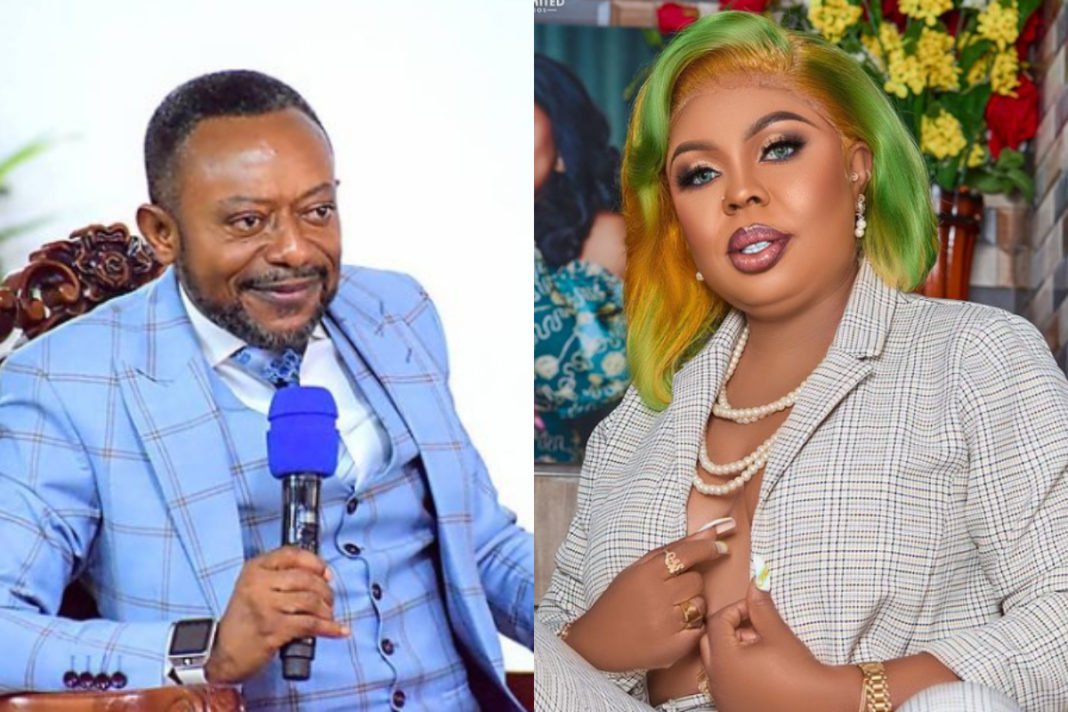 Afia Schwarzenegger has blamed the predicaments that have befallen Rev. Owusu Bempah on his junior pastors and his church members that stormed the court premises during his trial at the Accra High Court.

READ ALSO: “Delayed Prostitute, You Slept With A Politician For A Car”-Afia Schwarzenegger Goes Berserk On Delay [Video]

Recall, reports came in that some of the junior pastors assaulted the police after they invaded their church premises to apprehend the man of God. Also, some journalists who went to cover the proceedings were also said to have been assaulted by the bodyguards of the pastor.

Afia Schwarzenegger has lambasted the members of the church for assaulting the police, saying that they are to be blamed for the current situation their pastor is facing. She claims that they are the cause of his problems after they attacked the authorities who only came to enforce the law.

However, she revealed that she once warned Owusu Bempah to reflect his office as a prophet but instead, he organized a party with her enemies just to ridicule her.

In other news, the Vice President of Ghana, Dr. Mahamudu Bawumia has finally made his ¢50,000 donations to the veteran actor, Psalm Adjeteyfio for his rent issues and upkeep.

Recall, Psalm Adjeteyfio made revelations that he might be homeless soon on the account that he is unable to pay his rent. He revealed that his health condition has restricted him from working and also he has been surviving on items gifted him by people.

Following his revelation, the Vice President of Ghana promised to pay a 5yrs advance for his rent which amounts to ¢30,000, and an additional ¢20,000 for his upkeep.