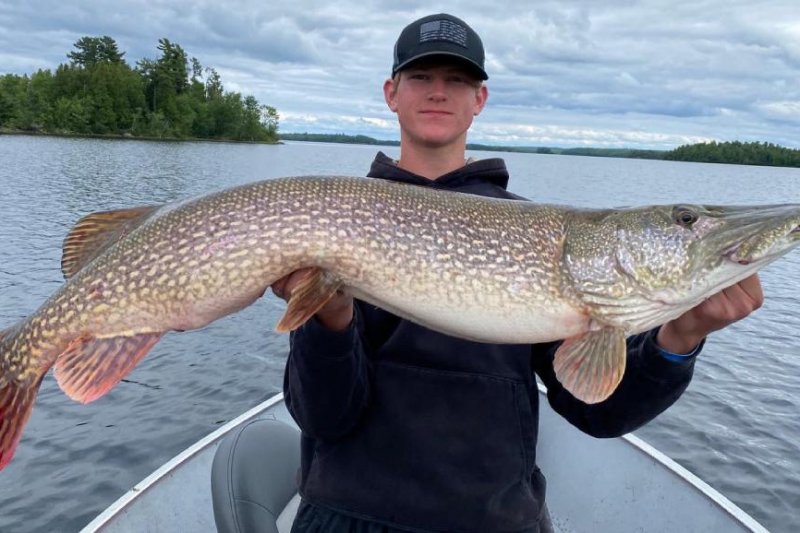 Sept. 14 (UPI) — An Illinois teenager on a fishing trip to a Minnesota lake broke a state record when he reeled in a 46 1/4-inch pike.

The Minnesota Department of Natural Resources said Brecken Kobylecky, 15, was fishing on Basswood Lake when he reeled in the gigantic pike.

Kobylecky told the department that the big fish proved difficult to land.

“We hooked onto a huge pike that was barely hooked, and could hardly land it due to the sheer size and weight of the fish,” Kobylecky said.

The fish was photographed and released back into the lake.

The department said the fish was reeled in June 19, but it took state officials about three months to review the evidence and award Kobylecky the record for largest catch-and-release pike caught in the state.

My daughter’s looks keep changing, I can’t tell who she currently looks like