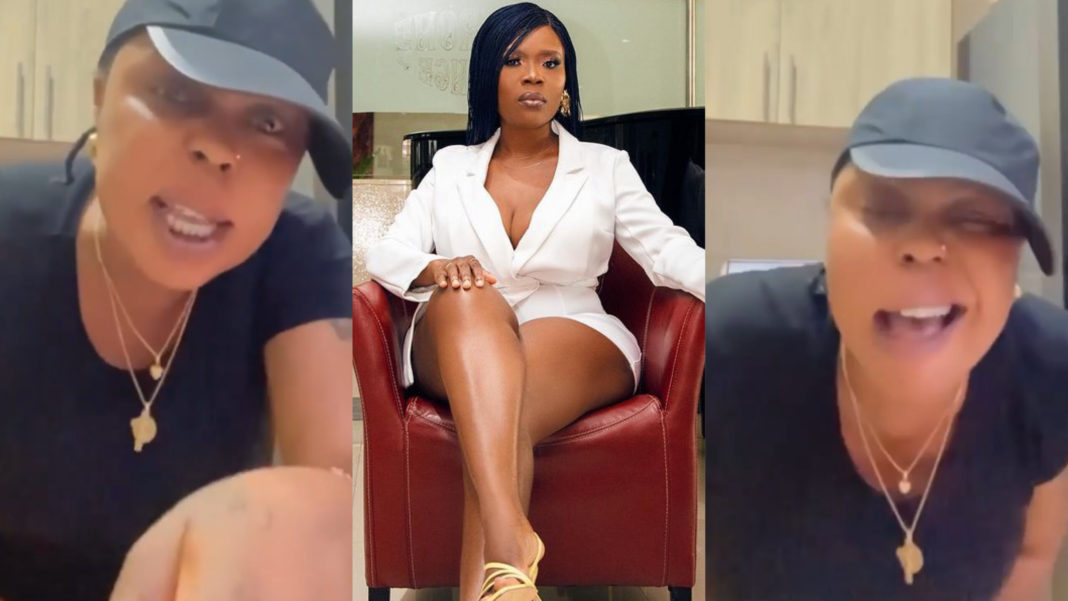 Afia Schwarzenegger, CEO of Qas Drinking Water has descended heavily on Delay, and it was quite awful.

She even referred to her as the “Queen of Bareness in Ghana” and claimed she had aborted all of her children.

This occurred as a result of Delay’s recent introduction on her Delay Show, which is frequently tinged with sarcasm as she brags about herself.

She mentioned various birds in the introduction, such as the Bolar bird, as being below her standards.

This was transmitted to Afia Schwarzenegger, who was aware of her shade and hence came out to descend on her in such force.

She explained in the video that she is changing because she respects her man, and she disclosed Delay once ch0.pped a politician and that politician is the reason for the Delay in her life.

Takoradi ‘pregnant’ woman saga: What do they gain from lying?