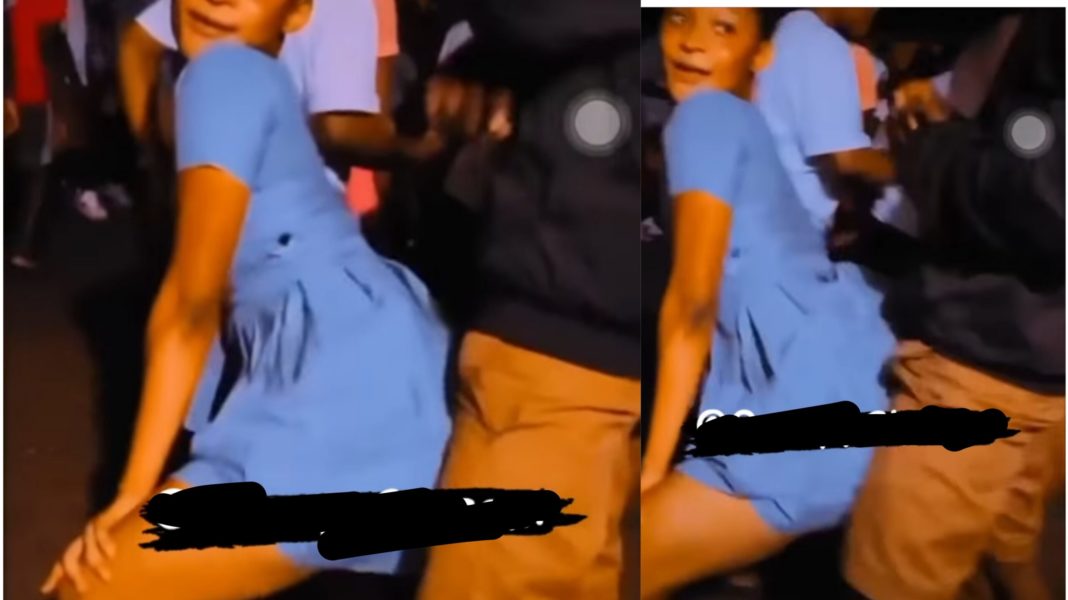 The youth in this country are gradually turning into bunch of immoral beings with lack of self control.

A video has surfaced where some high school students were making out in public while their friends looked on.

Instead of studying hard for their exams, these students decided to party hard by dancing seductively with each other.

The students whose schools are unknown clearly had no adult supervision as they decided to do “things” with each other.

One girl whose face was clear in the video is seen giving her soft bortos to another guy to play with.

Watch The video below;

- Advertisement -
Share
Facebook
Twitter
Pinterest
WhatsApp
Previous article“I am lucky to love and be loved back” – Tanzanian politician, Petro Magoti hails and thanks wife for agreeing to marry him » ™
Next articleRev Owusu Bempah arrested for storming Nana Agraada’s house with armed thugs and police
- Advertisement -