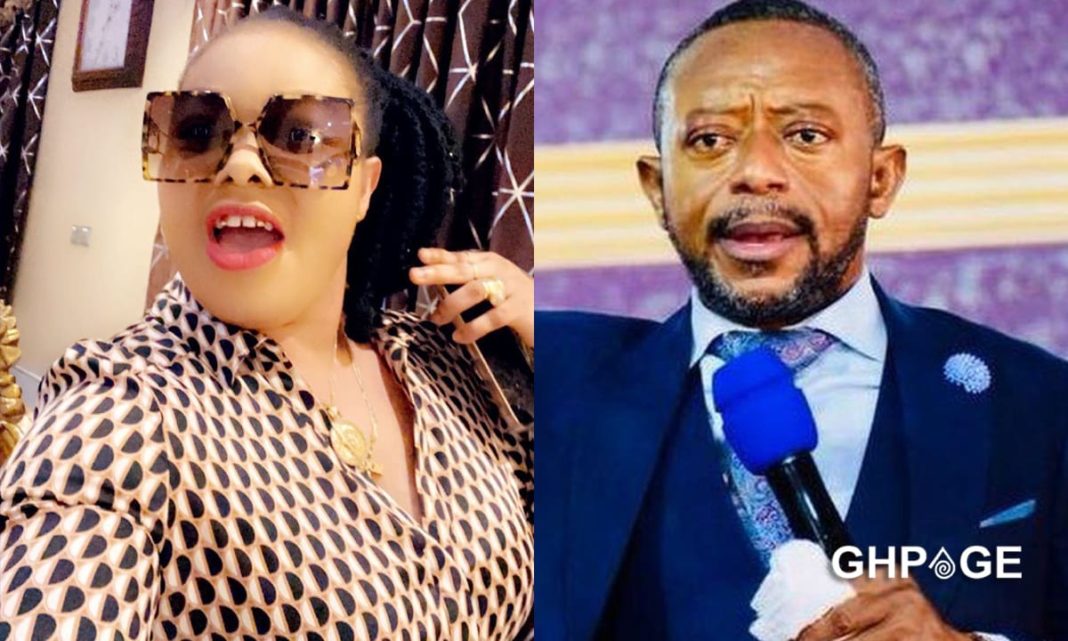 Information reaching GHPage indicates that Reverend Isaac Owusu-Bempah has reportedly been arrested by the police for besieging the home of repented fetish priestess Nana Agradaa.

The Founder and Leader of the Glorious Word Power Ministries International was reportedly picked up from his home in the late hours of Sunday, September 12, 2021.

Rev. Isaac Owusu Bempah on Thursday afternoon stormed the residence of repented fetish priestess, Nana Agradaa, with dozens of men in an attempt to allegedly cause harm to her.

The thugs who were said to be wielding weapons were heard daring the converted priestess to step out of her house and face them after making some bold statements in a video on social media.

It all started when one of Rev. Owusu Bempah’s junior pastors, Nana Adu Berchie, earlier brandished a pistol in a live Facebook video and dared Nana Agradaa to call their bluff – which she did leading to the confrontation.

The preacher is reportedly in police custody pending a court appearance on Monday, September 13, 2021.