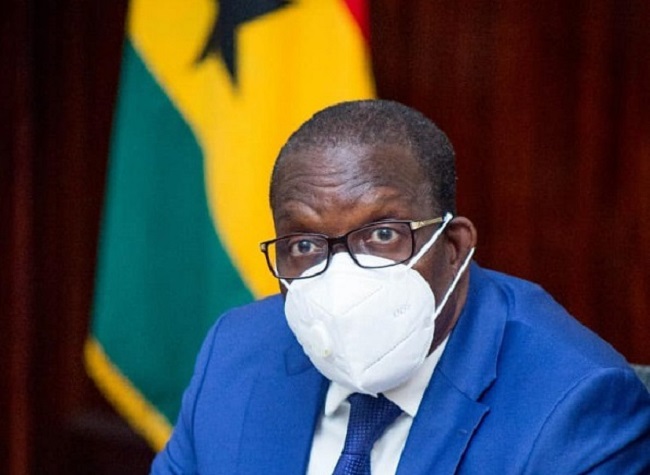 The Speaker of Parliament Alban Bagbin has referred a request made to Parliament by Energy Minister Dr Matthew Opoku Prempeh urging the House to make an approval that will enable the Ghana National Petroleum Authority (GNPC) to purchase stakes in oil blocks of Aker Energy and AGM Petroleum.

Dr Prempeh, requested parliament to be given the power to agree on a purchase price with Aker Energy Ghana Limited and AGM Petroleum Ghana Limited alongside the Finance Minister.

The Speaker of Parliament Alban Bagbin accordingly referred the request to the Committees of Finance and Energy.

This was after the Minority Leader Haruna Iddrisu had said the Energy Committee alone could handle the request.

“I am reading C up to even D and there are major financial issues. With 37% interest, what that represents will be more of a financial matter than just a matter for a committee on Mines and Energy. When you come further, there will be questions as to evaluation of the interest,” he said.

The request has however raised concerns among observers.

For instance, Honorary Vice President of Imani Africa and Founder of the mPedigree, Bright Simons has revealed that Ghana’s Ministry of Energy has sent a request which he describes as ‘strange’ to parliament to borrow 1.65 billion dollars.

The amount, he said, is meant to invest in oil fields being operated by Norway’s Aker Energy and AGM.

The idea that Ghana borrowing this money to buy stakes in the fields from Aker & AGM will lead to acquisition of technology & more skilled personnel for Ghana, he revealed but further questioned this motive, saying “But how exactly?”

“Ghana’s Ministry of Energy has sent a strange request to Parliament to borrow $1.65B to invest in fields operated by Norway’s Aker & AGM.

“The shockingly hollow 10-page memo contains none of the technical info lawmakers need to understand why Ghana should bear this risk at this time,” he said in a tweet.

He added “For eg: the entire memo is premised on the idea that Ghana borrowing this money to buy stakes in the fields from Aker & AGM will lead to acquisition of technology & more skilled personnel for Ghana. But how exactly? The money will go to Aker & AGM. What tech is 2 be transferred?

“The twists & turns regarding the AGM block are particularly strange. Ghana was initially entitled to ~43%.

“The Government attempted to reduce this to ~18% to make it “more attractive” to investors. It retreated to ~34%. Why borrow now to increase stake to 70% b4 appraisal is complete?”