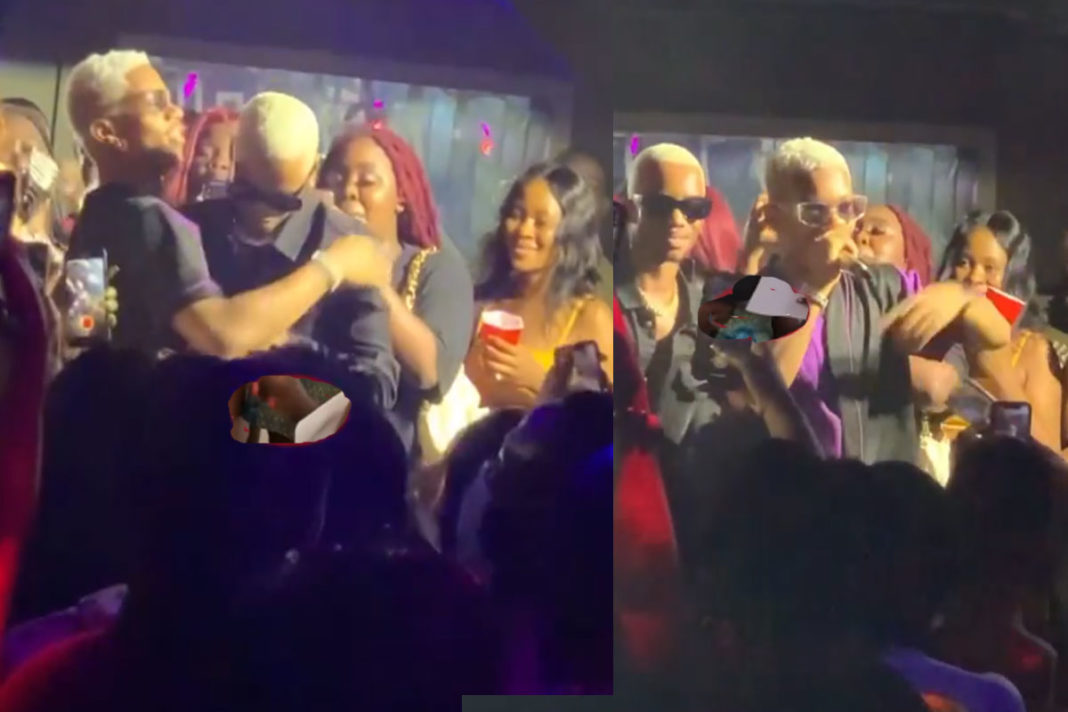 Ghanaian singer and songwriter, Kidi had his album launch party in Kumasi and he thrilled his fans with a stellar performance.

One interesting moment about his performance was when he invited look-alike Kumasi boy on stage after meeting him for the first time at a television station.

Kidi and the Kumasi share a striking resemblance and they all wear the same hairstyle and have the same height and skin color. Kidi charged the guy who is a huge fan of him to perform ‘Thunder Fire You’ song for his fans which he did with pleasure.

The Kumasi boy said it has been a long way and it is a dream come true meeting Kidi.

2021 Big Brother Naija housemate, Liquorose has reacted to her nomination by her fellow housemates as the wild card in the show.

As you may already know, in this year’s edition, of the BBNaija show, Big Brother added two housemates to the usual 20 housemates and they referred to these extra housemates as the wildcards and they will play the game and vie for the ultimate prize after a week, housemates are not able to identify the wild cards in the show although fans will know in the course of the show.

Almost all the housemates picked Liquorose as the housemate and when she was asked by the host, Ebuka Obi Uchendu on Sunday why she thinks her fellow housemates nominated her as the wild card, in what was supposed to be the first eviction show, Liquorose disclosed that she thinks it is because of her huge followership as she has over 800 thousand followers on Instagram before joining the show.

T.I. and wife won’t be charged over sexual assault allegation

Invest the monies you’ve received in either waakye, sobolo or koko and stop embarrassing yourself – DKB to Psalm Adjeteyfio » ™