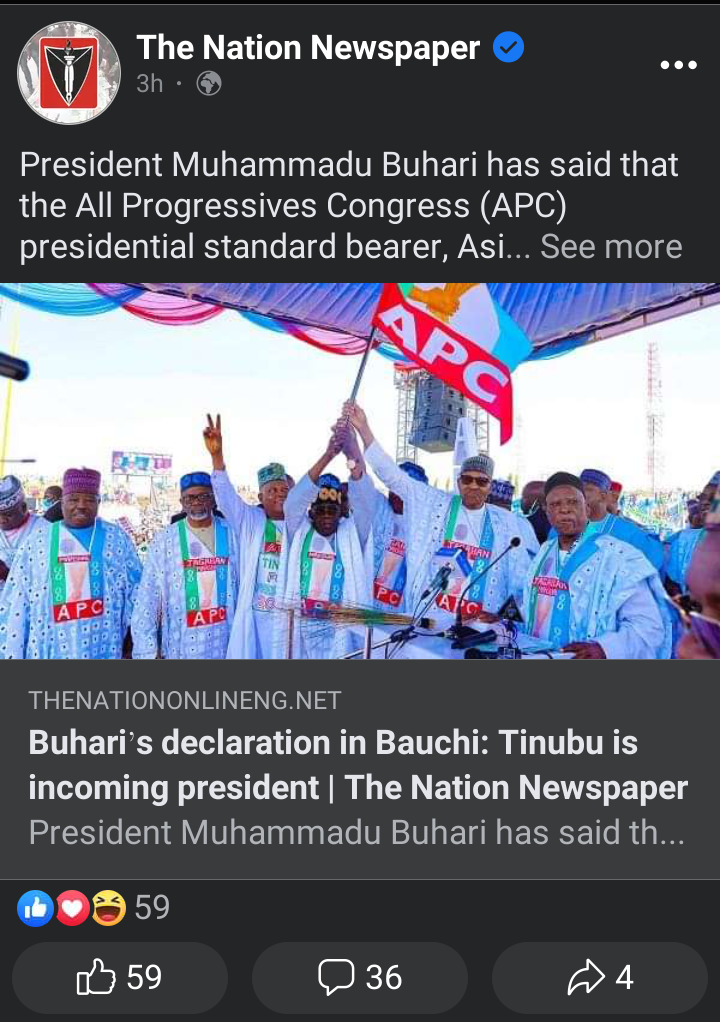 “Tinubu is the incoming president,” he said while paying a courtesy call on the Emir of Bauchi, Alhaji Rilwan Adamu, in his palace yesterday. A huge crowd of party faithful and supporters welcomed the APC campaign train to Bauchi, the capital of Bauchi State. House of Representatives Speaker Femi Gbajabiamila explained why the North should vote for Tinubu, saying that voting for him will validate their loyalty to the president and the ruling party.

He said Tinubu had stood behind President Buhari in two previous elections, adding that it was time the supporters of the president also rallied around him for the February poll. APC Deputy National Publicity Secretary Yakubu Ajaka said the days of the Peoples Democratic Party (PDP) were numbered in the State House, advising Governor Bala Mohammed to prepare his handover notes. 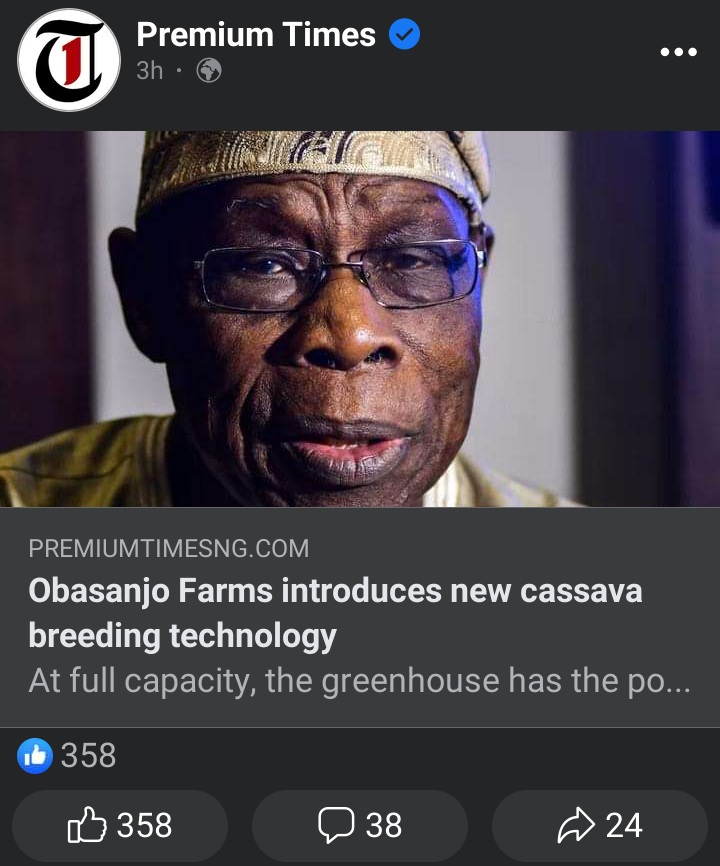 Mr. Obasanjo said he first noticed the Semi Autotrophic Hydrophonic Facility for Cassava Stem Multiplication technology during a visit to Central African Republic (CAR) last year and decided to introduce it to the Nigerian agricultural sector using technology, he said the farm can produce about three million plantlets of cassava annually. 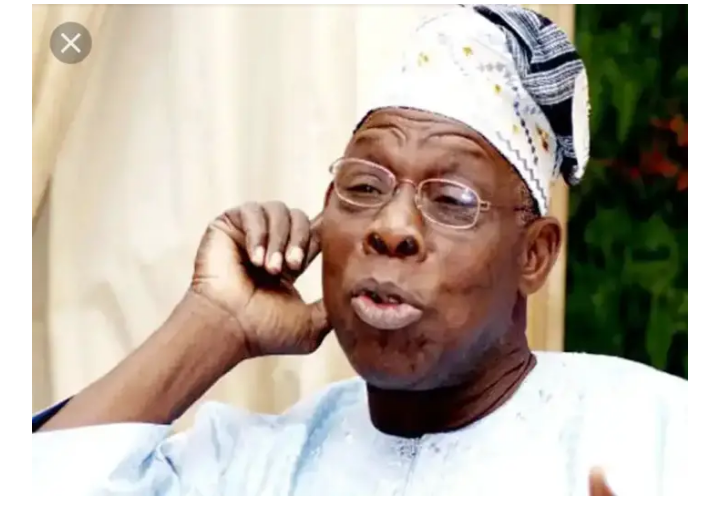 The project, under the Technology for African Agric Transformation project, is in partnership with the International Institute for Tropical Agriculture (IITA), Ibadan. Speaking at the commissioning of the greenhouse at the farm in Owiwi, Mr . Obasanjo commended IITA for bringing the technology to Africa.

The Kano State Chief Judge, Hon. Justice Nura Sagir and the President of the International Federation of Women Lawyers, FIDA, Amina Agbaje have expressed worry over the position or place of Nigeria on the ranking table in the fight against corruption. 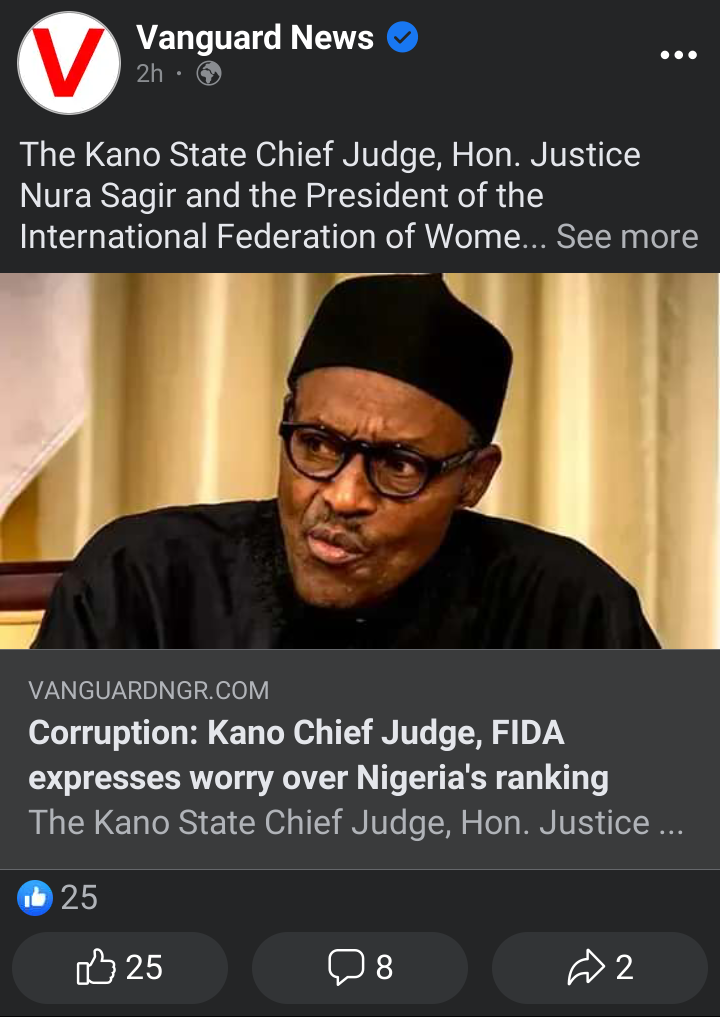 The duo frowned at the ranking during a validation workshop on the review of the Kano State Administration of Criminal Justice Law, rules (Practice Direction) towards improving the speedy dispensation of corruption cases supported by the MacArthur Foundation.

﻿Agbaje who was represented by the National Secretary, Eliana Martins said the country’s ranking is as high as ever despite judicial, quasi-judicial, and legislative attempts to curb the menace of corruption and stymie it.

The Commissioner of Police in Enugu State, Ahmed Ammani, has carried out an assessment tour of Independent National Electoral Commission offices in eight local government areas in Enugu State. 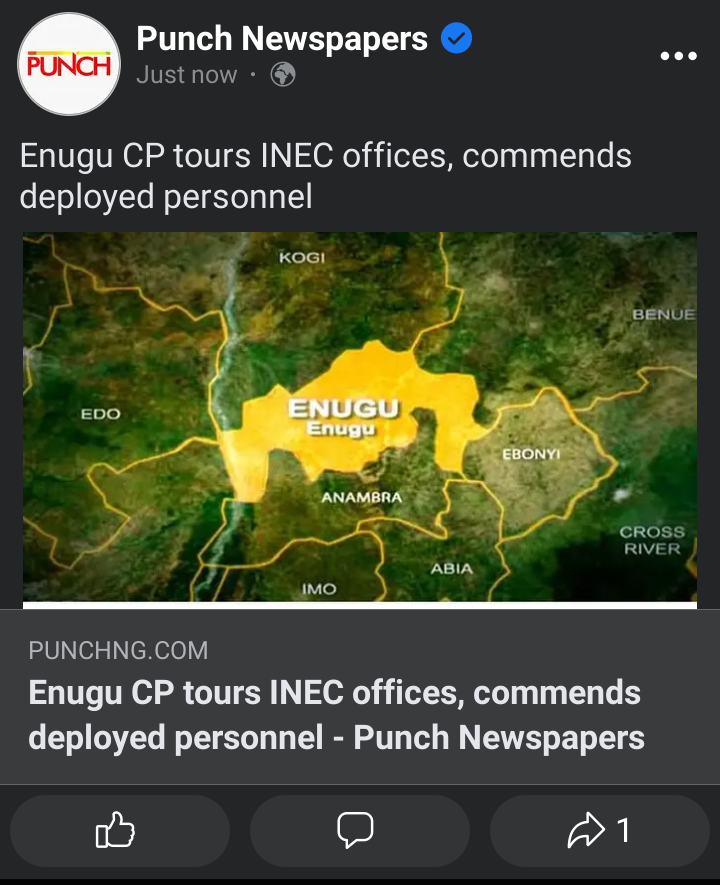 The commissioner also reassured the people of the state of peace, security, and safety before, during, and after the period of the general elections. This is contained in a statement issued on behalf of the commissioner by the state police spokesperson, Daniel Ndukwe, on Tuesday in Enugu.

Ndukwe said that the commissioner made the assessment tour on Monday. According to the CP, the assessment was part of measures to upscale security and ensure maximum fortification of INEC facilities (offices) in Enugu State. The statement partly read, “The INEC offices visited included Awgu, Aninri, Nkanu East, Nkanu West, Oji-River, Udi, Ezeagu, and Uzo-Uwani.

Content created and supplied by: Comflictreporter (via Opera
News )