what it is, what it is for and where to find it – 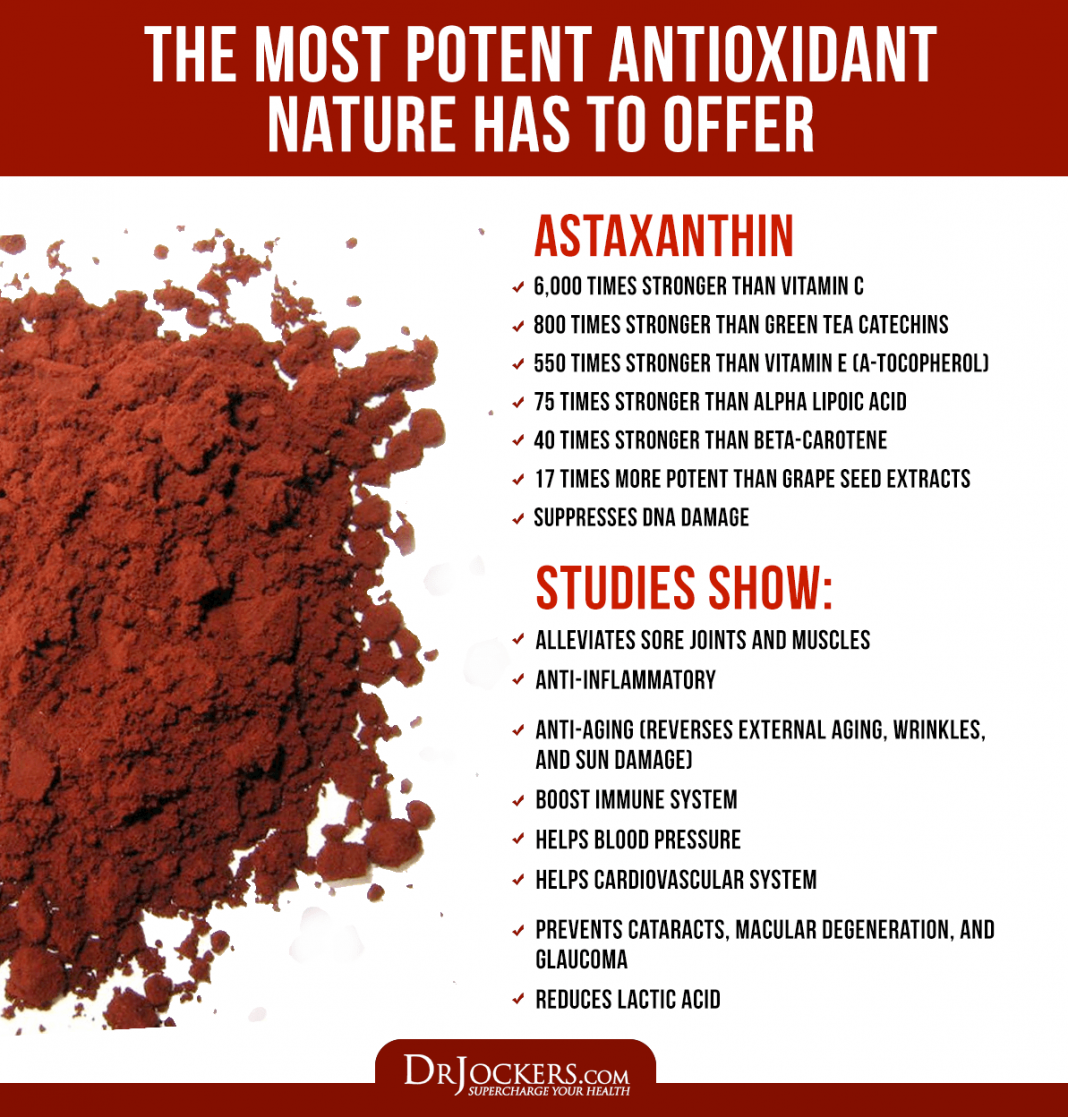 Astaxanthin is a reddish-pink carotenoid that is found naturally in fish and seafood, such as krill, seaweed, trout, salmon, shrimp and lobster, and which has potent antioxidant action, helping to fight free radicals and prevent the emergence of diseases such as cancer, atherosclerosis, diabetes and high blood pressure.

Astaxanthin can also be used in synthetic form, as an additive in aquaculture fish and seafood feeds. This dye can also be found at health food stores or pharmacies in the form of capsule supplements.

Due to its potent antioxidant and anti-inflammatory action, astaxanthin provides several health benefits and can be used to:

Astaxanthin has high antioxidant and anti-inflammatory power, which protects the skin against the sun’s ultraviolet rays, preventing the emergence of skin cancer.

In addition, this carotenoid also prevents water loss, keeping the skin hydrated and smooth, and helping to prevent and fight wrinkles and sagging.

2. Prevent the emergence of cancer

As a powerful antioxidant, astaxanthin fights excess free radicals, preventing damage to healthy cells in the body and preventing the emergence of some types of cancer, such as breast, prostate and liver.

Astaxanthin helps to improve blood circulation in the retina, in addition to protecting eye cells from the sun’s UV rays and preserving eye health, helping to prevent conditions such as eye strain and glaucoma, an increase in eye pressure that can cause headache and difficulty seeing. Learn about other symptoms of glaucoma.

Astaxanthin is a dye with anti-inflammatory and antioxidant properties, preventing inflammation and oxidation of fat cells, and thus lowering the levels of bad cholesterol, LDL, in the blood. See other antioxidants that also help lower cholesterol.

Astaxanthin has antioxidant, anti-inflammatory and anti-apoptotic properties, that is, preventing the death of healthy cells. Therefore, this carotenoid protects the cells of the nervous system, helping to prevent neurodegenerative diseases such as Alzheimer’s, dementia and Parkinson’s disease.

Astaxanthin helps to strengthen the immune system, because it increases the amount of T and B lymphocytes in the body, one of the body’s cells that help fight microorganisms, such as viruses and bacteria.

Due to its potent antioxidant action, astaxanthin protects the cells of the pancreas against possible damage caused by free radicals, improving the functions of the hormone insulin and preventing insulin resistance and diabetes.

Astaxanthin contains antioxidant and anti-inflammatory properties, which help to lower cholesterol and triglyceride levels in the blood, preventing the formation of fatty plaques in the arteries and preventing the onset of diseases such as atherosclerosis, heart attack and stroke.

Does astaxanthin make you lose weight?

Although astaxanthin helps lower blood cholesterol levels and prevent diabetes, this carotenoid does not have weight-loss properties.

To lose weight, it is recommended to maintain a balanced diet, prioritizing the intake of healthy and natural foods, such as fresh fruits and vegetables, whole grains, legumes and lean proteins, for example. See how to go on a weight loss diet.

The main sources of astaxanthin are fish and seafood, such as:

In addition, astaxanthin is also found in large amounts in krill, a shrimp-like crustacean that is also rich in this carotenoid.

A good way to get the benefits of astaxanthin is to include foods that are sources of this carotenoid in the diet.

Another way to obtain the benefits of astaxanthin is through supplementation of capsules, where it is generally recommended to take up to 6g per day, which should be taken preferably with meals and, preferably, under the guidance of a doctor, or nutritionist.

Possible side effects and contraindications

Ingesting high amounts of astaxanthin can make the skin red and cause stomach pain.

As there are no studies that prove the safety of supplementation in children, pregnant or breastfeeding women, astaxanthin supplements should not be consumed in these situations.

People allergic to fish and seafood should not consume the astaxanthin supplement. In addition, people who are using medication should inform their doctor before starting astaxanthin use, as the supplement may interfere with the action of some medications.