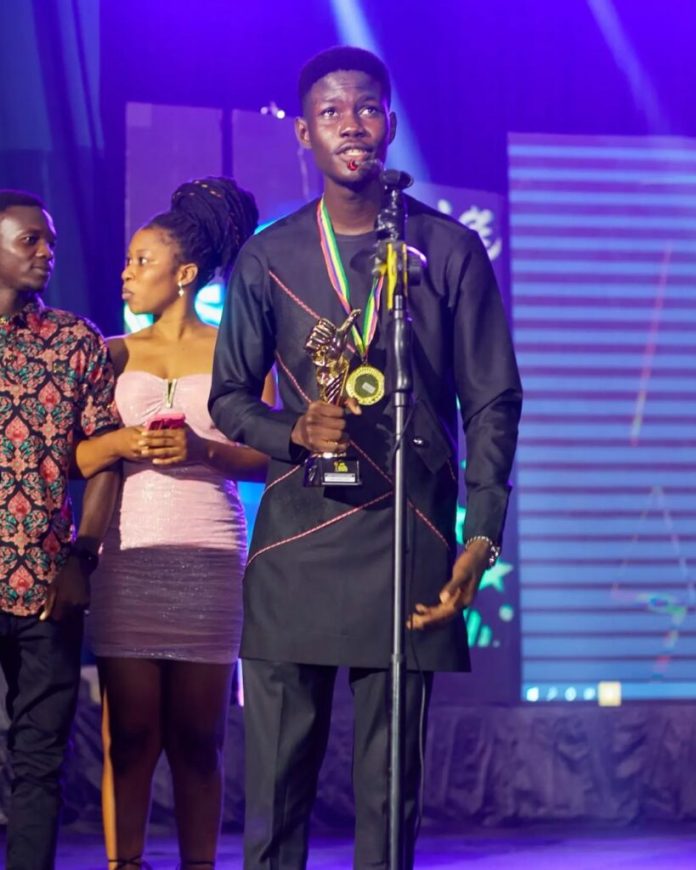 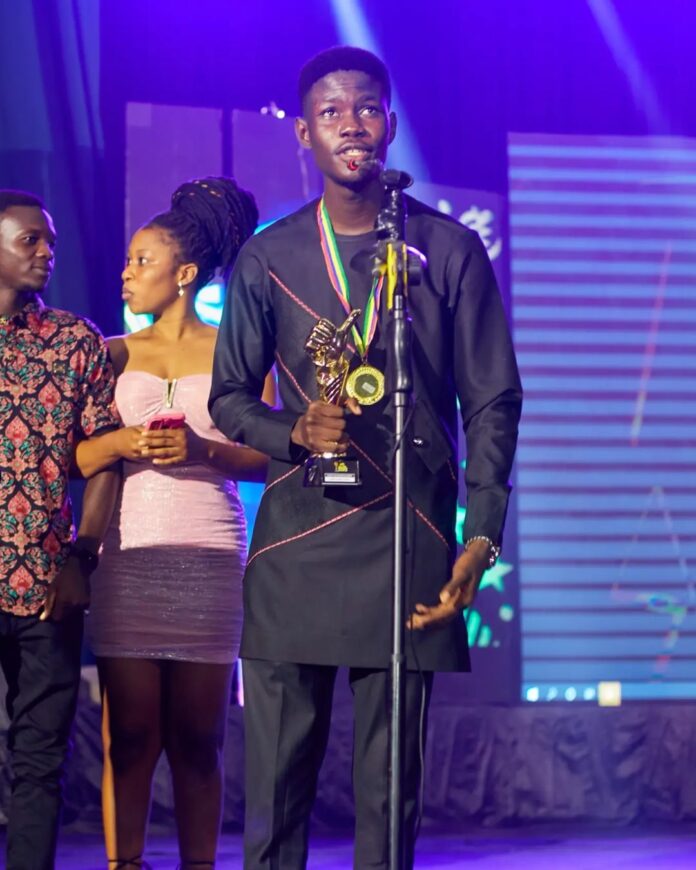 According to the management, Board and Academy of the Universal Merchant Bank Ghana Tertiary Awards, DBJ won the category because of his great and significant impact on the Youth and Ghana as a whole.

In an official letter to congratulate the young mogul, they wrote, “Your hard work, dedication, commitment, and attention towards your projects were exceptional within the year under review.”

Speaking about his recent win, he expressed his gratitude to the scheme for recognising his efforts and impact on society. He said, “It is a great honour to be recognised by the Universal Merchant Bank Ghana Tertiary Awards in the area of giving myself to see my society grow and become better than it was when I first encountered it. Throughout my days as a student and progressing into several leadership roles, one thing that has remained constant is my determination not to be overwhelmed. The world has so much to offer, and we’ve only just begun.

He added, “I am glad every day for the delight and privilege of serving my country. I couldn’t accomplish it without all the fantastic people involved. I am so honoured to receive this leadership award. I dedicate this, especially to God, and my parents, who provided me with encouragement and support during this entire process. This is in honour of all my coaches and diplomats.

DBJ emphasised that “every country’s driving force is leadership, so it’s crucial for young people to mature and take an interest in it. Everything we see around us is the result of someone making a choice to improve things; as a result, we witness good change. Failure and stagnation will follow once we assume this responsibility, yet triumphs will come nonetheless.

He advised that the youth should continue to push their dreams harder, “persevering, and failing forward, our stories will be worth reading when we create a better country.”

DBJ, who doubles as the CEO of DBJ Empire, an event planning organisation and a media production hub with expertise in photography, videography, sound engineering, and talent management.

The mentee of media entrepreneur Bola Ray, DBJ, was a photojournalist, writing for news websites like myjoyonline.com,  starrfm.com.gh, ghanaweb.com, and Ghanasoccernet.com, which earned him the award for the most outstanding student photographer twice in a row in 2017 and 2018 as well as winning the award for the most outstanding student writer in 2017 in the Ghana Tertiary Awards scheme. He later received the award as the most influential student at Valley View University, in 2019.

To make a credible impact in the Ghanaian football industry, DBJ organises scouting tournaments for young footballers who want to play on the international stage and has previously invited FIFA-licenced agents Bernard Collignon and Sebastian Arnesen to scout in Ghana. His most recent justifies had over 2000 Ghanaian footballers register for it. DBJ was honoured in the Ghana 25 under 25 awards this year for his impact in sports.

He also organises one of the biggest high school entertainment programmes in Ghana, “HYDRA.” HYDRA, which inspires the youth through information, technology, and innovation, has had guest speakers like Bola Ray, and, last year, the Ambassador of France to Ghana, HE Anne-Sophie Ave, as guest speakers.