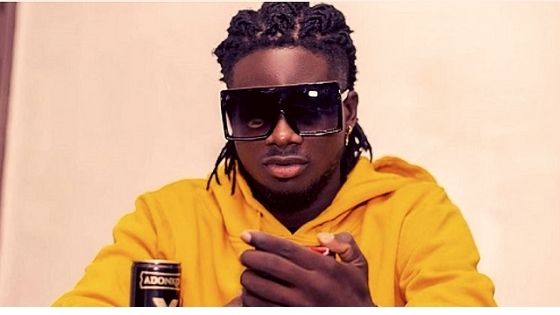 Ghanaian highlife artist Kuami Eugene has shared the new style he has adopted in his music career.

The young artist has made a comparison of his early beginnings in the music space and how he has improved. According to him, his new songs do not sound aggressive as he used to produce.

Kuami Eugene disclosed that he is calmer now and does calm songs compared to his previous aggressive songs. Speaking in an interview on Y107.9 FM’s “Myd Morning Radio Show”, Kuami Eugene said,

“The aggression I had 6 years is not as I used to sound as way back then and now lyrics-wise a lot of things have changed. The whole music entertainment has evolved and we don’t do things the same way.”

According to Kuami Eugene, he used to say so much in his songs at the time he began his career but now he uses simple words. He disclosed that its the new trend in most music and Ghanaians are loving it.

“Right now everyone is putting very simple lyrics together and something that called and responded, something that everyone can sing along to. Think about it, any big song right now out there are just a few words,” he said.

“Putting fewer words in songs has actually made the job very difficult. Because you’re saying really simple words and you have to keep them short. You wouldn’t have enough to say on the beat. It’s just two minutes. It’s not like way back when if you don’t do good in the first verse you can redeem yourself in the second verse and sometimes we used to do third verses, so you can redeem yourself in the third verse.

Right now sometimes it’s just one verse, and hook and the verse comes again and a chorus. So you have little to say. But then again you have to impress your listeners. So you have to always come up with your best and I mean your pen game should be amazing because you have just two minutes to impress everyone,” he stressed.