Are the Koforidua flowers withering? 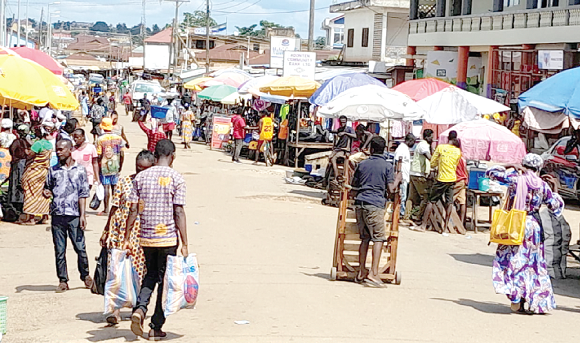 Although Koforidua is not a town with a botanical garden like Aburi on the Akuapem ridge, the town has for the past years been associated with the name “Koforidua flowers”.

This is because a lot of beautiful ladies could be seen in all communities and suburbs of the town both day and night.

Such bevy of beauties had been the attraction in the town, especially for travellers and visitors who in most cases established acquittances with the ladies.

The beautiful ladies also served as an attraction to numerous artistes, mostly musicians who kept coming to the town to perform to the admiration of the ladies, as well as other people.

For instance, because of the beautiful ladies, male workers, especially civil and public servants, posted to the town in those years (1950-1960) found it comfortable to stay in the town and resisted attempts by their employers to repost them to other towns in the country.

Such acquaintances between the ladies and the male visitors often resulted in marriages as a result of which the men finally decided to permanently stay in the town after retirement by building houses to accommodate them and the ladies.

However, with time the number of such beautiful ladies began to dwindle, making the town lose its tag as the place to find “Koforidua flowers”.

In an interview with the Daily Graphic, the Chief of Effiduase, one of the suburbs in Koforidua, Nana Okoawia Dwomo Baabu II, said the beautiful ladies who attracted all and sundry, and not men alone, were not into prostitution.

According to him, the beautiful ladies were rather engaged in businesses such as trading and other commercial ventures while others were students in second cycle institutions.

Nana Baabu said the large numbers of the beautiful ladies found in all parts of the town and their friendliness with both men and women gave the town the name “Koforidua flowers”.

He, therefore, ruled out the perception that the beautiful ladies were into prostitution.

A resident of Koforidua, Maame Esther Agyapong, said she remembered that there were many beautiful ladies in Koforidua who attracted the men to spend their monies on them.

She said the beautiful ladies’ presence in the town had made it very busy.

Auntie Christy Laryea, a retired nurse, also told the Daily Graphic that Koforidua used to have beautiful ladies who were properly clad, but now some of them were still there but the way they dressed was bad.

According to her, exposing themselves through the wearing of miniskirts, as well as short dresses, had become the order of the day with the current Koforidua ladies.